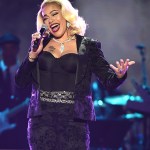 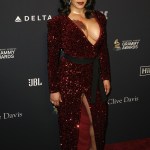 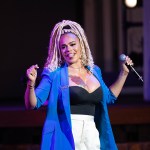 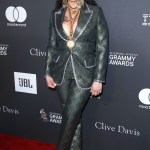 Congratulations in order for Faith Evans and Stevie J! The ‘Love Like This’ singer and music producer tweeted at each other in a subtle way that let everyone know they’re married!

Forget Justin Bieber and Hailey Baldwin’s surprise engagement – Faith Evans, 45, and Stevie J, 46, have upped the game with a surprise wedding. With a pair of tweets sent in the early hours of July 18, Biggie Smalls‘ widow and Stevie J left fans buzzing over the possibility that they eloped when no one was looking. “I love you Faith Renee Jordan,” Stevie tweeted at 1:26 AM ET. Two hours later, Faith responded. “I love you back Steven Aaron Jordan.” Uh, yeah — Faith Jordan. That implies that Faith is now Steve’s lawfully wedded wife!

Update: MTO reports that Stevie and Faith eloped in Vegas in front of a handful of family and friends, and TMZ claims the couple applied for a marriage license on July 17 (they later updated the story to say the marriage is official!)

The couple has one year to get married before the license expires, but judging by the tweets and the MTO report, they didn’t waste any time. Fans responded to the tweets with gifs of spit-takes, shocked cries of “OMG,” and demands for answers. One fan defended this alleged marriage from all the haters. “He doesn’t have a choice but to do right bc y’all know Faith won’t tolerate the BS. I think he’s ready to be apart of something real. I’m happy for them! Keep unc in line Faith!”

Faith was reportedly last romantically linked to Jadakiss, while Stevie J, as described by MTO, was “last romantically linked to half of Atlanta.” However, it’s not like this alleged marriage came out of nowhere. The two do have a history together, as they met back in the 1990s when she was still married to Biggie. There were rumors that they dated following Biggie’s untimely death, rumors she confirmed in a March 2017 interview with The Breakfast Club.

“I never took Stevie serious actually,” Faith said, per Essence. “I think probably in the last 10 years, I would say, is he trying to flirt? Lets go. But I never saw him like that. I have always had plenty of male friends. Never dated any of them. I was just really cool like that. I think I really should have been a boy or something. But I’m just cool with dudes. I would check on him, just hear if he was going through stuff and find out how to get in touch with him….[I was] Just really sincerely his friend.”

I love you back Steven Aaron Jordan

Eventually, Stevie won her over. “I don’t know what made me even finally say okay, but he convinced me, I ain’t even gonna lie,” said Faith. “You know, I’m like, ‘you know I’m not about all the craziness. If I’m going to be in a relationship, it’s gotta be a serious one. You know?’ And I think probably for a few months he definitely went through the convincing and not getting a real response. …He just really convinced me that he really wanted to be in a relationship and convinced me that there was no one else in his life.”

Faith said their relationship fizzled when she realized Stevie wasn’t 100% committed to the relationship. “He’s not [my man] anymore.” Yet, even though they broke up, she said she still cared for Stevie. “I still love him; I love him as a friend. I love him but it’s not like I’m in love with him.” Well, seems a year later, things might have changed.