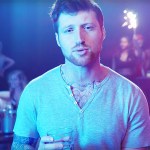 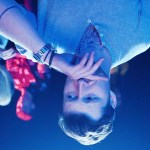 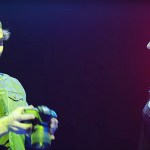 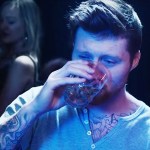 HollywoodLife is EXCLUSIVELY premiering viral YouTube star Scotty Sire’s all-new music video for ‘American Love,’ and he reveals the inspiration behind it. He hits the club with many of his YouTube pals!

Scotty Sire’s music video for his song “American Love” is giving us major vibes. The song, which also features Grammy Award winner Elijah Blake and Myles Parrish, is the coolest club jam. And that’s exactly what Scotty’s going for in his music video.

The video also features appearances by Scotty’s friends and YouTube stars David Dobrik, Liza Koshy, Kristen McAtee, Heath Hussar, and Donna Glytch. They live it up at the club and show off their moves on the dance floor. Scotty is currently working on his debut musical project out of LA and on the road with David and Jason Nash on their Views Summer Tour. Watch the video and check out our Q&A with Scotty below!

How did you come up with the concept for the music video?
Scotty Sire: The concept for the music video was a collective effort among myself, management, and production team. It felt obvious that it should be in a club, one of the key places we tend to search for companionship, but only come away with that superficial “American love.” We added a surreal effect to make me seem distant from the typical club environment.

Were you inspired by anything specific?
Scotty Sire: The main source of inspiration came just from hearing the beat. It was my first song that gave a very “club” vibe, and so I went with “club” lyrics. I wanted to narrate what it’s like looking for love in the wrong places. Wrong, especially for people like me and a lot of my fans, who have a strong social anxiety narrative. That’s how I came up with opening the song with lines about drinking… not to turn up but just to feel comfortable amongst all the other people.

Was it easy for you to get your fellow YouTube stars to appear in the video? Is that something you always had in mind?
Scotty Sire: I can’t speak for other YouTube artists, but my crew is all about supporting and celebrating one another. My friends are always down to help out so it wasn’t difficult to get them to stop by and make a cameo.

What was it like working with Myles and Elijah?
Scotty Sire: Working with really talented artists is always a great experience. Myles and Elijah both prepared their lyrics, came and performed their parts and got the job done, like the pros they are. I think it’s because of them the song is good!

You said in one of your YouTube videos that the “American Love” video had the highest production value of any of your videos — has the experience got you thinking about future music videos and what you would want to do?
Scotty Sire: I’m sure there will be an opportunity in the future for another high production video, but for a while I will probably try to minimize my efforts on videos for my songs — concentrating on the music and my message. I’m trying to release an EP in August. So I’ll most likely make a couple more (simple) videos, but I’ll leave a few songs as just songs and see how they do on the EP. Contrary to what many may believe, YouTube fans don’t always need pretty pictures to appreciate the perspectives my team and I share.