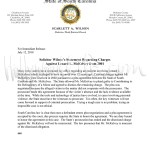 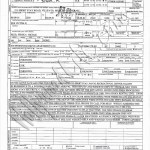 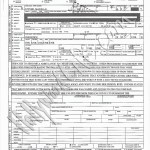 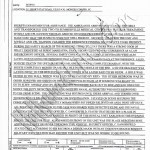 Charlamagne Tha God shockingly talked about putting his hands on an ex when he was 16-years-old after she cheated on him in a revealing 2013 interview about Chris Brown and Rihanna. Watch it here.

Charlamagne Tha God, 40, gave a shocking interview about the Chris Brown and Rihanna abuse scandal back in 2013 and in it he casually admitted to using his hands on an ex-girlfriend in a violent manner after she gave him a nasty comment about not satisfying her sexually. The video of the interview has recently resurfaced on social media after the radio host has been accused of rape and it definitely proves that he thought, at least back then, that a man putting his hands on a woman was something that happened often. When asked if he was surprised that Rihanna got back with Chris after he abused her, Charlamagne said he wasn’t. “Nah, I’m not surprised, man,” he said. “The reason I’m not surprised is because we all put our hands on our chick at some point. Y’all can sit there and act like y’all haven’t, you’ve choked a chick or at least pinched her. That happens, things happen.”

The brutally honest interview then shifted from Charlamagne’s opinion on Chris to his admission of his own wrongdoings. “I’ve definitely put my hands on a woman before,” he said. “It’s something you learn from. You learn from your mistakes.” The interviewer then went on to ask how serious his situation was. After taking a few seconds to think, he told the story about his ex. “There was this one time, it was this girl I was dating,” he began. “I was young, I was like 16 and she was having sex with this dude that was like 24, 25 and I knew she was banging the dude. I literally sat outside this dude’s house and listened to him f***ing the s**t out of my little 15-year-old p***y. Mind you I’m 15, she’s 15 and he’s 24. So I’m sitting there eyes watering and like a week later, me being the sucker I am, I’m back with her.”

He then talks about a moment after they had sex in which his ex told him the reason she cheated on him was because he orgasms too quickly which totally set him off. “I just saw white,” he explained. “I just saw white and red.” He then bent his elbows and started swinging his arms to show how he put his hands on her. “We butt naked and she’s under me. So it’s like to s**t happens.”

We’ve reached out to Charlamagne’s team for a response.