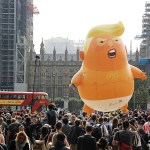 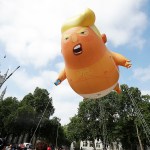 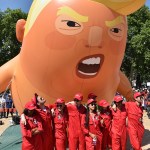 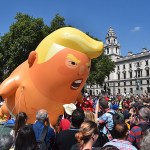 “You have been watching perhaps one of the most disgraceful performances by an American president at a summit in front of a Russian leader, that I’ve ever seen,” Anderson Cooper, 51, said on July 16, after seeing President Donald Trump, 72, and Russian president Vladimir Putin, 65, hold their summit in Helsinki. Anderson’s fellow CNN newscasters also weighed in, with John King unwilling to believe what just happened. “I have never seen an American president surrender to the Russian leader. Call this the Surrender Summit.”

Donald’s performance — dubbed the “Treason Summit” online — was “nothing short of treasonous,” according to former CIA Director John Brennan. “Donald Trump’s press conference performance in Helsinki rises to & exceeds the threshold of ‘high crimes & misdemeanors.’ It was nothing short of treasonous. Not only were Trump’s comments imbecilic, he is wholly in the pocket of Putin. Republican Patriots: Where are you???” Republican congressman Jeff Flake did condemn Trump for saying the United State was also “to blame” for the escalating tensions between America and Russia. “I never thought I would see the day when our American President would stand on the stage with the Russian President and place blame on the United States for Russian aggression. This is shameful,” he tweeted.

Similarly, Chris Cuomo was beside himself. “As an American…this was embarrassing. I never thought I would see an American president side with [P]utin over their own intel agencies,” he tweeted. “I know Trump thinks somehow this is good for him. He is wrong. And his advisors better tell him that or tell us why they won’t.”

Donald met with Putin days after special counsel Robert Muller indicted a dozen Russian nationals for illegal interfering with the 2016 Presidential Election. Supposedly, Donald brought up the issue with Putin during their one-on-one meeting. When asked about it during the press conference, Putin shrugged it off. “I don’t know the full extent of the situation. President Trump mentioned this issue. I will look into it,” Putin said, after he had denied that his country had “never interfered” with American affairs.

Donald, during the conference, declined to side with the U.S. intelligence over the interference, saying that Putin was “extremely strong and powerful” in his denial of any wrongdoing. (Keep in mind, during this press conference, Putin admitted that he “wanted Trump to win,” because Donald spoke about “normalizing” Russian relations. )

The President of the United States trusts the word of a former KGB agent over the consensus of the American intelligence community backed by a ton of facts. That is a shocking reality. Everyone who excuses Trump’s behavior must answer that now, and when history inevitably judges.

Trump, instead of standing with American intelligence, decided to hammer Hillary Clinton‘s emails and the Democratic National Committee’s email servers. “I’ve been asking that for months and months, and I’ve been tweeting it out and calling it out on social media. Where is the [DNC email] server?” Trump said during the summit, per CNN. “I want to know where is the server and what is the server saying? …I have President Putin, he just said it’s not Russia. I will say this: I don’t see any reason why it would be, but I really do want to see the server. …Where are those servers? They’re missing. Where are they? What happened to Hillary Clinton’s emails? 33,000 emails gone, just gone.”