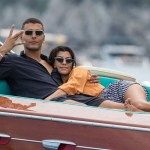 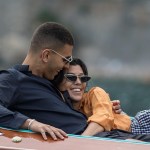 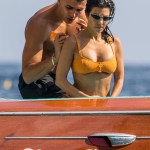 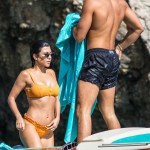 Watch out! Kourtney Kardashian is taking a stand against her haters. The mom of three has had it with petty fan comments on Instagram and is fighting back.

Can a girl get a break? Kourtney Kardashian faced criticism while vacationing with her family in Portofino, Italy on July 9. The getaway, which also served as a celebration for her daughter Penelope’s sixth birthday, was a family affair, and also included model boyfriend Younes Benjima. Yet somehow, fans still questioned Kourtney’s dedication to her children.

Drama ensued after Kourtney posted a carefree Instagram post while posing in a nude bikini, with a stunning oceanside view behind her. The star looked happy while eating snacks on a boat, with her family in attendance. After a fan wrote in response to the post on Instagram: ‘Where are your kids?’ Kourtney was not afraid to clap back and explain the situation to the clearly confused fan. She responded: ‘My son was taking the photo, and the other two were sitting at a table across from me. Thank you so much for your concern.’ You tell em’ Kourtney!

Aside from a salty fan comment, it looks like Kourtney has been having the time of her life in paradise. The star has sported quite the series of sexy swimsuits in the past few days, including a sassy pink off-the-shoulder number on July 9. One day earlier, Kourt let loose while donning a thong bikini that left little to the imagination, and showed off her curves. Plus, Kourt posted an earlier Instagram post which included both her and daughter Penelope in matching white swimsuits. Too cute! 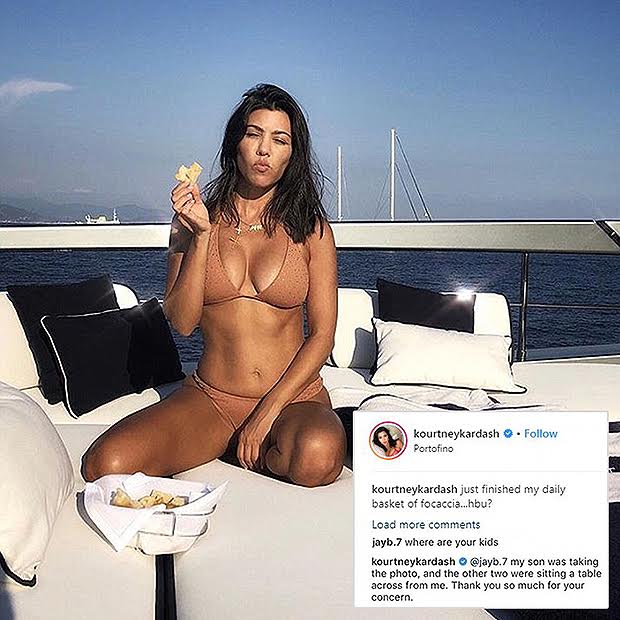 In case you were wondering, Scott Disick was not around for the summer fun, and has been begrudgingly spending time back in the states. Scott was not very happy about spending the holiday apart from his kids, and apparently Kourtney and Scott had a fight over the whole ordeal a source close to Kourtney told HollywoodLife EXCLUSIVELY. We can’t blame him, we’re having major fomo watching Kourt’s vacation through photos too. Aside from the adorable images of her kids and stunning sceneries, Kourt hasn’t been shy about getting close with her man, and several pictures have surfaced on her Instagram showing off the sizzling couples’ toned bodies.

It looks like Kourtney is living her best life in Italy, and it’s all blue skies ahead for this vacation.