So cute! Halle Berry, 51, shared a picture of her sun-soaked son Maceo, 4, sitting in a kayak, looking over his shoulder and he is just too cute for words. “When your not so little boy takes YOU for a ride!” she captioned the picture, posted on June 23rd. Halle rarely shares photos of her children, especially Maceo, whose face hasn’t been photographed in years. So, this a wonderful site to see, and it’s clear that her little boy looks just like the Catwoman actress. Fans were quick to point out the similarities, with one writing, “He is gorgeous just like his mamma.” “Your twin….beautiful,” another complimented.

The photo was taken on Halle’s tropical vacation to Bora Bora in French Polynesia. She shares Maceo with her ex, French actor Olivier Martinez, who she divorced in 2016. Halle documented her Bora Bora vacation with a series of stunning photos, and even offered fans another glimpse at her private children, with a photo of her arms around the two of them as they sailed into the sunset. “You’re not rich until you have something money can’t buy,” she captioned the photo. In another rare picture of she and her brood, Halle wrapped her arms around her curly-haired kids, with their backs facing the camera, as they stared out into the gorgeous view off a cliff in Bora Bora. “Magical first day of summer,” she wrote. 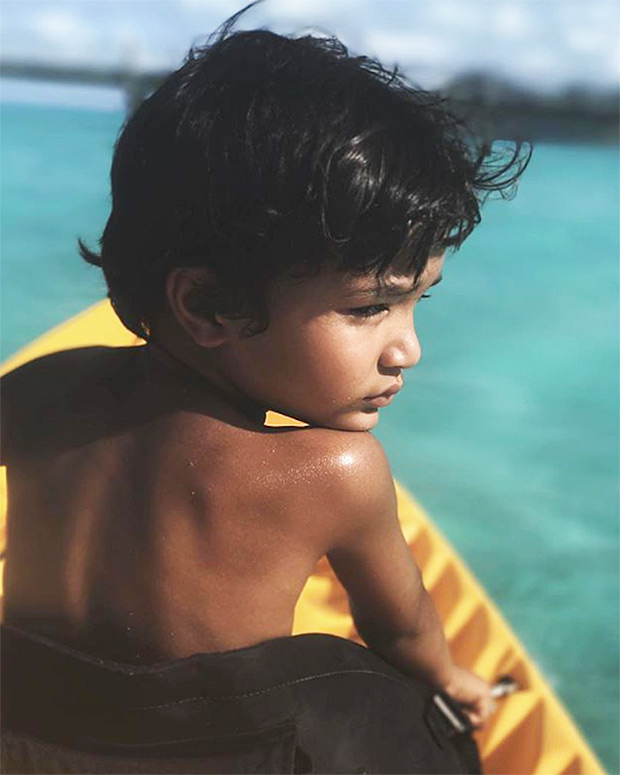 Maceo and his sister Nahla, 10, seem to get along wonderfully, as Halle has shown them enjoying the vacation together for the last week and a half! Before this week, the last photo of her children Halle shared on her social media was a picture from behind Maceo, who was wearing a Batman cape, in February.