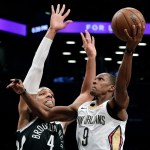 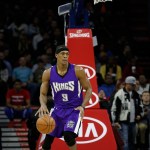 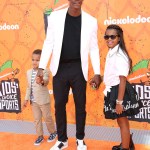 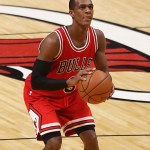 LeBron James joining the LA Lakers has made the team THE destination for All-Star caliber NBA free agents. We’ve got five things to know about Rajon Rondo, who just signed with the Lake Show.

Where LeBron James goes, high-caliber NBA players follow. With the 33-year-old signing a four-year $154 million deal to join the LA Lakers, every quality free agent out there wants to be a part of the purple and gold. The latest star to sign with the team in less than 24 hours of LeBron’s announcement is Rajon Rondo. The 32-year-old NBA journeyman signed with the Lakers on July 2 after entering free agency following a one year stint with the New Orleans Pelicans. The point guard is the latest NBA star to join the team in the wake of LeBron joining the Lakers, who have also added Lance Stephenson and JaVale McGee. We’ve got five things to know about Rondo.

1. Rondo is a four-time NBA All-Star.

He helped the team make it to the NBA Finals in 2008, when they won the NBA Championship. He also helped them advance to the finals in 2010. He ranked third in Celtics history in steals and fourth in assists. Since it looks like the Lakers are building a superteam with LeBron and the new stars to support him, there’s a good chance Rondo will meet up with his former team in the 2018 NBA finals. The Celtics are expected to dominate the Eastern Conference now that LeBron is gone.

3. Rondo’s been looking for full-time team since leaving Boston.

While he’s only committed to a reported one year, $9 million deal with the Lakers, he’s probably looking for a permanent home like he had with the Celtics. In the years since he left the team in the 2014-15 season, he’s only spent one year with each subsequent squad. After finishing out that year with a tumultuous five months in Dallas, he headed to the Sacramento Kings for the next season, then bouncing to the Chicago Bulls followed most recently by his 2017-18 season with the NOLA Pelicans.

4. Rondo is going to be battling it out with young Lonzo Ball for starting rights.

With a stellar rookie season behind him, Lonzo was looking to easily be the starting point guard for the Lakers. But with Rondo joining the squad, he’s going to have to up his already good stats to insure he keeps the position. Veteran Rondo could easily unseat the 20-year-old for the job. At any rate, should Zo get injured, the Lakers now have a solid point guard backup with Rondo.

5. Rondo is a native of Louisville, Kentucky.

He grew up there along with his mother and three brothers. He eventually played college hoops at the legendary NCAA powerhouse the University of Kentucky after being one of the top high school recruits in the nation.