What’s better than rocking a matching swimsuit with your bestie? — The trend is all the rage for Hollywood’s most sizzling stars, and we’ve got the photos to prove it. From the Kardashian/Jenner sisters, to Olivia Culpo, 26, and her girl squad, and of course, Gigi Hadid, 23, and Taylor Swift, 28, similar swimwear is essential for these stars! — Check out Tay and G and more stars rocking matching suits in our attached gallery!

These stars know how to have fun in the sun in style, and, lucky for us, they show it all on social media. The stars who know how to coordinate their swimwear perfectly are the Kardashian/Jenner clan. The famous family, who’ve declared themselves as BFFs, are the queens of sexy suits. In our gallery, you’ll see Kourtney, 38, and Kendall, 22, boating while showing off their matching metallic bikinis; Kourt in pink and Kenny in blue.

And, do you remember when Kim, 37, and Kylie, 20 rocked the same exact bathing suit on different occasions. Kim took to social media, where she once admitted that she and Ky were trading off the same cut-out black bikini because they loved it so much. In the gallery, you’ll also see Kourt and Kendall wearing similar leopard bikinis; and, Kendall and Kylie donning their own red suits from their Pac Sun line! 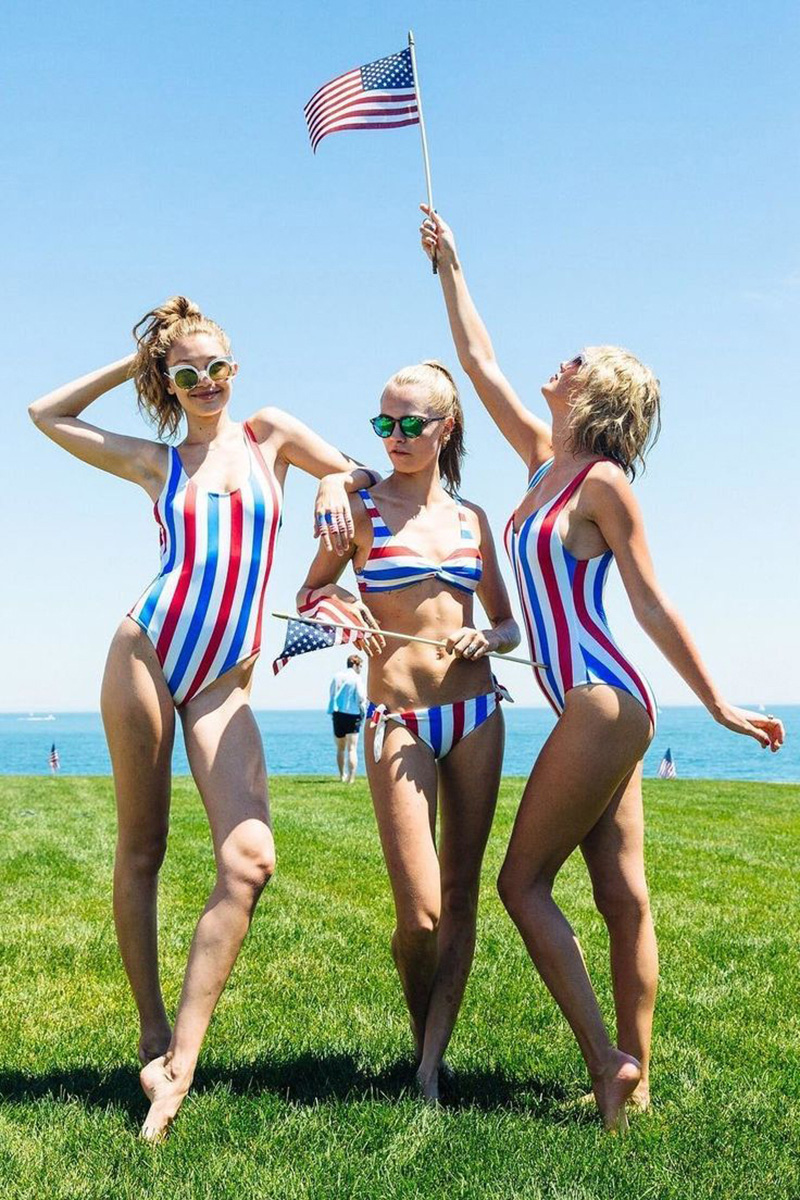 Nonetheless, the stars who’ve gone down in bathing suit matching history, have to be Gigi Hadid, Taylor Swift and Cara Delevingne, 25. The three besties rocked matching red, while and blue suits for Tay’s annual Fourth of July bash back in 2016. The three stars documented the fashion moment on Instagram, where Tay and G matching in patriotic one pieces, while Cara wore her own version of the suit as a bikini. The friends held American flags as they posed in their colorful beachwear.