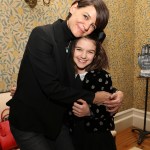 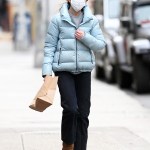 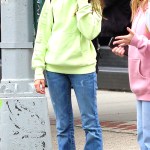 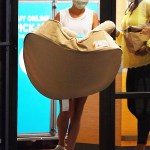 Is Tom Cruise trying to see his daughter Suri? A new report claims that the actor is getting legal teams involved to finally meet up with his and Katie Holmes’ child after over five years.

Tom Cruise, 55, has apparently spent too much time away from his kid, Suri Cruise, 12. A new report from Star is claiming that the Mission: Impossible star is devising a plan to see his child that he shares with Katie Holmes, 39, after spending 1,925 days (5.3 years) away from her.

“Tom is a loyal Scientologist, so when church leaders told him he couldn’t see Suri, he didn’t question it,” an insider told the magazine. “But Tom’s tired of being bossed around by them. He’s had to watch from afar as Suri grew into a lovely young lady, and he regrets that he’s missed out on so much. He’s dying to be a part of her life!”

Suri celebrated her 12th birthday in April, which is reportedly when Tom realized he needed to try to be in her life again. “That really tugged at Tom’s heartstrings,” the source added. “It hit him that he hasn’t been there to watch Suri blow out the candles for five years. That’s when he started rounding up his lawyers to find a way to see her again.”

If the Risky Business actor does try to move forward with this alleged scheme, he’ll have to get approval from the Church of Scientology. “Given the enormous star power he brings to the church, he’s got a lot of leverage there,” the source said. However, convincing his ex-wife to go along with his meeting also won’t be easy. “The word is that when she got divorced, she agreed to stay mum about the church as long as Tom didn’t try to see Suri – she didn’t want him trying to brainwash her back into the fold.”

The insider claimed that Holmes wasn’t a fan of this supposed plan. “She went berserk when she first learned about Tom’s plans to meet up with Suri,” the source went on. “But she’s slowly warming up to the idea of a reunion. Suri must desperately be missing her dad, and in the end, Katie only wants what’s best for her. Tom has assured her he won’t bring his religion into it, and Katie is starting to believe him.” However, a rep for the actress denied this story to Star.

HollywoodLife reached out to Holmes’ and Cruise’s reps for comment.