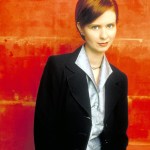 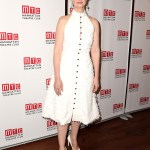 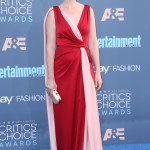 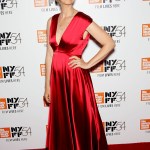 In honor of Pride Month, Cynthia Nixon posted a touching tribute to her transgender son Samuel Joseph Mozes. Check it out here!

This is so beautiful! On June 22, Cynthia Nixon, 52, celebrated her transgender son Samuel, 21. “I’m so proud of my son Samuel Joseph Mozes (called Seph) who graduated college this month. I salute him and everyone else marking today’s #TransDayofAction. #TDOA,” Cynthia captioned a photo of herself with her son a graduate of University of Chicago, who was born Samantha Mozes. Cynthia is also the mother to 15-year-old Charles Ezekiel Mozes with her ex-husband Danny Mozes and Max Ellington Nixon-Marinoni, 7, with her wife Christine Marinoni.

Since her days on Sex & The City, Cynthia has been a strong advocate for LGBTQ rights. “If people who are opposed to equality realized how many individuals they already like, admire or even love are LGBT, the battle would be over. It’s important to come out to our parents, children, co-workers, boss– you name it,” Cynthia wrote in a piece published by Variety in 2015.

Cynthia has remained heavily involved in social issues, and is currently a candidate for New York governor. She recently slammed the U.S. Immigration and Customs Enforcement agency as a “terrorist organization” on June 21 that must be “abolished.” “ICE has strayed so far away from its mission,” Cynthia said. “It is supposed to be here to keep Americans safe, but what is has turned into frankly is a terrorist organization of its own that is terrorizing people who are coming to this country.”

I’m so proud of my son Samuel Joseph Mozes (called Seph) who graduated college this month. I salute him and everyone else marking today’s #TransDayofAction. #TDOA

She also discussed these same issues during an appearance on The View this week. “Children just aren’t being separated at the border, they’re being separated throughout this country by ICE. I think we need to abolish ICE. That seems really clear. ICE is relatively new. They came in after Sep. 11– we’d been handling immigration and customs for a long time here. We don’t need ICE,” Cynthia said. Now, we can only hope that we see change.