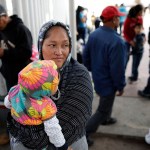 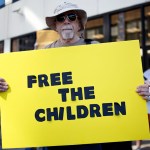 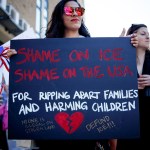 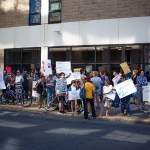 Are we still living in the United States of America? Seriously, is the land of the free and the home of the brave? If so, then we should have ‘zero tolerance’ for government-sanctioned abuse of migrant children.

Are you horrified like I am that little migrant children and babies are literally being torn away from their mothers and fathers at our southern borders, and incarcerated like prisoners? Thanks to Donald Trump and his zealous Attorney General Jeff Sessions, who have enacted a “zero-tolerance” policy of allowing families to enter the US to seek asylum from danger, children are being forcibly separated from their parents. And when I say forcibly, I mean it. There are continuous reports from mainstream news outlets, including many from reporters on the ground at the southern border in Texas, of crying children being ripped away from their parents.

Over 2,300 children have been taken from their parents so far, something that has never ever been done before in the history of this country. And Donald Trump is loving it. He is blaming the Democrats: “I say it’s — very strongly — the Democrats’ fault. The United States will not be a migrant camp, and it will not be a refugee holding facility. It won’t be,” he proudly told the National Space Council on Monday, June 18. Yes, he is proud that hundreds of children are crying hysterically and begging for their parents, that they are being kept in warehouses, some in cages and for many, in secret locations and facilities. Most are far too young to understand what is happening to them and why they have been taken away from their mothers and fathers, and also for many, from their sisters and brothers. Yes, siblings have been separated.

Parents who are also detained are not told where their traumatized children are or whether they will ever see them again. In fact, there are cases in which parents are deported and their children and babies have been kept here in the US, somewhere. But no one seems to know where or how to get them back, especially the parents . Donald Trump’s administration is so far refusing to say where migrant girls are being held and where most of the young children have been imprisoned. So far, officials have only allowed tours of a converted Walmart in Brownsville, Texas where 1,500 young and teen boys are being detained. But where are the girls? Where are the babies and toddlers?

Anyone who is a parent or an older sibling knows that babies and little children need to be held and hugged and CARED FOR! You can’t leave babies just lying alone in cribs for hours. It’s abusive. Pediatricians who were allowed to visit one of these detention centers was heartbroken when she saw that workers in the facility were forbidden to touch or comfort any of the tiny sobbing children. As former First Lady, Laura Bush, put it in an op-ed for The Washington Post, “It’s cruel and immoral.” As a mom, I can’t imagine the panic, the horror and the overwhelming worry of having my children taken away from me, not knowing when, or if ever, I would see them again.

Just think about how desperate these parents must have been to make this trip from violence-torn countries like Honduras, Guatemala and El Salvador in the hopes of finding a safe place — an asylum — for their children. Instead, they are met with heartless cruelty thanks to Donald Trump and Jeff Sessions, who announced that children would be separated from their parents on May 7, in hopes of discouraging terrified people from seeking asylum in America.

And, just so you know — it is LEGAL — to come to the US and seek asylum from danger and persecution. It is NOT against the law. Remember, America has historically been a famed land of refuge for waves of people fleeing for their lives. It’s what has made America such an inspiring world leader.

So much for that.

It’s mind-boggling that the Republican party, which has staked an unwavering position on protecting the “unborn,” can now be so cruel and callous to living children. Could they be more hypocritical? Now, America will not be known as the land of the free, but as the land that tears migrant children from their parents, hides them from the public and refuses to even let childcare workers hug them, if they cry, according to Dr. Colleen Kraft, president of the American Academy of Pediatrics.

If you want to do something about this, contact your Congress person and tell them to stop this inhumane policy, or join on of the protests across the country on Saturday, June 30. Here is information about these planned protests.