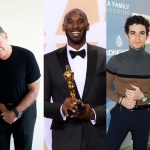 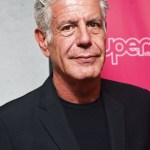 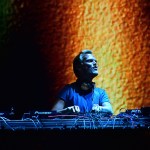 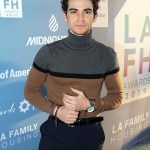 This is truly shocking. An Oregon man who has been accused of pushing his girlfriend off a cliff to her death while on a hike back in 2009 revealed that he was having a sexual affair with her 16-year-old sister at the time.

Stephen Nichols, 42, of Oregon, has shockingly been accused of allegedly pushing his girlfriend, Rhonda Casto, off a cliff during a hike at Eagle Creek Trail back in 2009 and now he’s admitting that he was having a sexual affair with her sister, Melanie, who was only 16 at the time. The disturbing confession happened during a recent interview Stephen gave to Maria Elena Salinas of Investigative Discovery’s The Real Story and the episode is set to air on June 18, according to Daily Mail. The reveal could lead Stephen to face statutory rape charges since he was 34 at the time he claims the affair with the underage Melanie happened. Stephen also went on to explain that he met Melanie three months after he met Rhonda and he knew she was underage when they had sex. “It was a very stupid decision,” he said. The unexpected confession also sets a new motive possibility in the murder of Rhonda, who fell 100 feet to her death.

Although Stephen was charged with Rhonda’s murder in 2015, the charges were eventually dropped and in May 2017, he pleaded guilty to criminally negligent homicide. When Maria asked Stephen if he killed Rhonda to be with Melanie, he didn’t give a clear answer. “Well you can believe whatever you want,” he said. “Some people are going to believe I’m innocent and some will believe I’m guilty. You can believe whatever you want.” Rhonda and Stephen started dating back in 2005 when she was 20 and he was 30 and they later had a daughter, Ava, who is now seven-years-old.

In addition to Stephen, Rhonda and Melanie’s mother, Julia Simmons, was also interviewed for the television special and she revealed some more disturbing details about things Stephen allegedly told Melanie after Rhonda’s death. “He told Melanie that she was a dead ringer for her sister, and that the baby would forget her mother within just a matter of a short time and that they could be a family – the three of them,” Julia said. Julia also claims that Rhonda told her that Stephen kept trying to convince her to go on a hike for a while before that fateful day.

Although Stephen admits to having the affair, he still claims innocence in playing a role in Rhonda’s ultimate death, which still holds a lot of mystery almost ten years later. He explained that she slipped and fell into a freezing creek during the hike and by the time he ran up to her he collapsed from exhaustion and hypothermia before later waking up and calling 911. He also claims that she was allegedly high on marijuana and prescription pills at the time of her death. The television special further added to the mystery when it revealed that Rhonda’s last words to her family allegedly were a joke about Stephen harming her. “He is either going to give me a ring or throw me off a cliff, ha ha ha,” Julia claims Rhonda said before going out on the hiking trail.