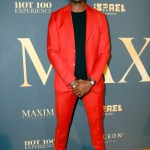 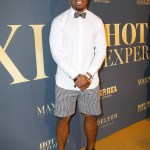 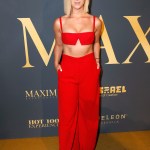 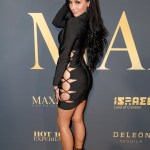 Well, this is awkward! Kourtney Kardashian did NOT make ‘Maxim’s Hot 100 list, but her baby daddy’s girlfriend Sofia Richie did. Here’s everything we know!

This has to be a mistake! Every KarJenner sister made Maxim’s Hot 100 list this year except Kourtney Kardashian. Kim, 37, was selected in the “Power Players” category and Khloe, 33, Kendall, 22, and Kylie, 20, were included in the “Bombshells” category. So, what’s the deal?! I mean, Kourtney is just as hot as her sisters, especially after giving birth to her three kids Mason, Penelope, and Reign Disick. Making Kourt’s snub even more awkward, her baby daddy Scott Disick’s girlfriend Sofia Richie, 19, made the cut! “The past year has been amazing for me. I can honestly say it’s been one of the happiest times of my life,” Sofia told Maxim.

While we’re hoping it’s just an oversight, we have a feeling Kourtney is not too happy about being left out, especially since A LOT of Sofia’s style is eerily close to Kourtney’s. From similar hairstyles, matching selfies, to almost identical outfits, it can be hard to tell them a part! It’s gotten so bad that even Kourt was bothered by all of the imitation. “Kourtney is well aware that Scott has been influencing Sofia in all of her style choices, and it is creeping her out big time. Kourtney is disturbed by Sofia who she thinks is too young for Scott and who Kourt feels is slowly morphing into a mini, younger version of Kourtney,” a source close to the KUWTK star explained to HollywoodLife EXCLUSIVELY.

Kourtney has yet to comment on the Maxim situation, but we’re definitely in need of some answers. Of course, we know a list doesn’t validate Kourtney’s beauty, it’s just peculiar she wasn’t featured considering the fact that, she was in the past. Back in 2009, Kourtney made the list, and dished on what it was like to be hunted down by the paparazzi for the first time ever. Maybe next year!