For Charlize Theron, 42, Kristen Stewart, 28, put her in an extremely awkward position when she started hooking up with their Snow White and the Huntsman director Rupert Sanders back in 2012. Charlize was reportedly really close with Rupert’s wife Liberty Ross, making the situation all the more awkward. However, it looks like Charlize and Kristen have gotten past it as they were spotted grabbing dinner together at Little Dom’s in Los Angeles on June 13. What a difference a few years can make! The former co-stars were photographed chatting, smiling, and even sharing a few laughs. Charlize looked casual in a sweater, black skirt, and converse, while Kristen kept it cool in a graphic t-shirt with distressed jeans. Check out the photo below!

The actresses were joined by a few other women, so we can assume it was a business meeting of some sort. We’d love to see them back on the big screen together. Interestingly, Charlize isn’t the only one giving their friendship a second chance since Snow White. Kristen’s ex-boyfriend and Twilight co-star Robert Pattinson had nothing but nice things to say about her ahead of the Hollywood premiere of his new Western film Damsel. 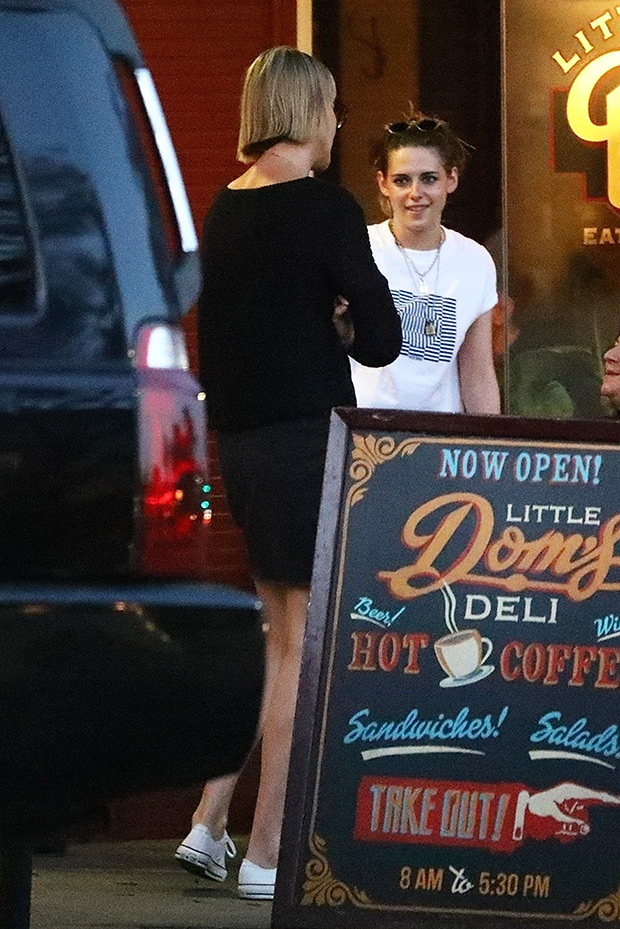 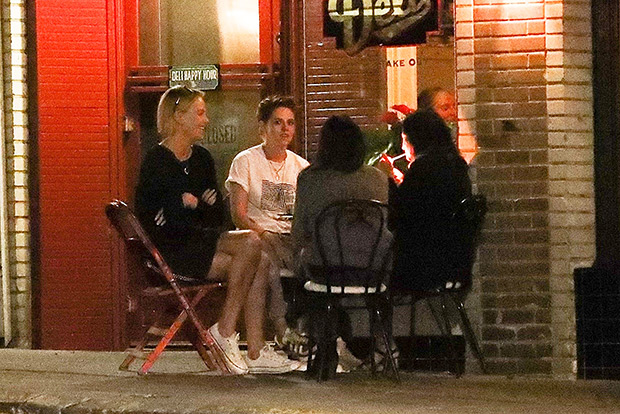 When asked about some of the influential women he’s worked with, Robert told Entertainment Tonight, “Oh tons! I mean, I’ve worked with some real powerhouses.” He went on to name Kristen Scott Thomas, Uma Thurman, and Kristen. “Kristen Stewart, Kristen too! Kristen Stewart as well, yeah, yeah, yeah,” Robert said. How nice! For those of you who don’t know, Robert and Kristen broke up following Kristen and Rupert’s cheating scandal. So, it’s good to know they’re still on good terms as well Charlize!