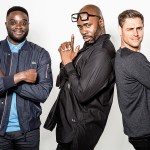 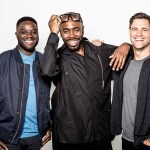 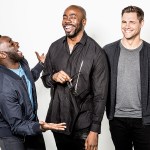 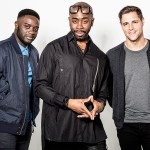 Is this the end of Sutton and Richard? Not so fast. HollywoodLife talked EXCLUSIVELY with Sam Page about the possibility of a reunion between this ‘star-crossed’ couple. He also teased that someone from Richard’s past ‘may pop up!’

Richard really came through for Sutton in the season 2 premiere of The Bold Type. A new policy at Scarlet made it possible for them to be together publicly, but Sutton decided to put her career first instead of her love life. Richard was understandably upset about the turn of events regarding the relationship, but don’t count these two kids out just yet. “You can’t wipe the heart like a hard drive,” Sam Page told HollywoodLife EXCLUSIVELY. “That being said, they still do exist in the same world. Richard finds himself on the Scarlet floor quite a bit, and it’s hard not to throw glances into the fashion department. The key or the sad part about them not being together is that it’s not that they didn’t want to be together, they questioned whether they could be. They’re kind of star-crossed in that way, which is great drama.”

While this splits Sutton and Richard apart, Sam understands why Sutton decided to end things with Richard. “That was more of a confluence of circumstances,” he said. “Alex and Sutton’s relationship, when the department got wind of it, she was accused of getting preferential treatment and that really sent her into a panic. Being on the cusp of moving forward and making things known and legitimate in the company’s eyes, Sutton kind of got cornered by circumstance and made her choice.”

He also stressed, “She made a lot of demands, and I met all of them.” The timing just wasn’t right again. But the future is full of possibilities! Now that he’s single, Richard is officially the most eligible bachelor in New York City. Could Richard find himself moving on from Sutton any time soon? “Well, he’s had a lot of history, so there are people in his life and in the past that may pop up,” he teased. The Bold Type airs Tuesdays on Freeform. Plus, check out our EXCLUSIVE portraits in the gallery above!