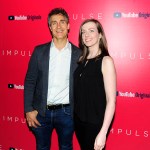 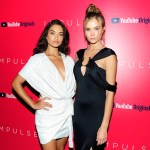 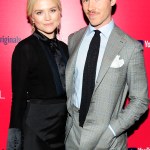 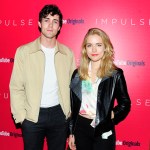 Doug Liman takes his talents to YouTube Red in the new genre-bending show ‘Impulse.’ He talked to HollywoodLife about creating a new kind of superhero.

Maddie Hasson‘s Henry is a hero, of sorts. While she clearly lacks the morality of a traditional hero — smoking weed during school and tagging busses in the middle of the night — she dominates every scene of Impulse with an addictive performance that has you cheering her on. That was the goal of famed director Doug Liman, who is best known for the The Bourne Identity, Mr. & Mrs. Smith, Jumper, Fair Game, and Edge of Tomorrow. “It’s a superhero show. It’s a teenage girl who gets the power in high school. That sounds really cliché, no one would really be interested in that. What I wanted to create was something that turns the genre on its head,” Liman explained to HollywoodLife at the premiere of the show, hosted by Andrew Saffir‘s Cinema Society and YouTube, at Roxy Cinemas in NYC. “I went at it with a level of honesty that would be totally unexpected.”

Liman’s “unexpected” approach to the story, which is based on the Steven Gould novels Jumper and Impulse, is evident when Henry’s super power comes to her in the midst of a sexual assault. “This means that for Henry, her power is forever going to be associated with trauma — deep trauma,” he revealed. “The trauma associated with assault doesn’t pass. That was one of the best parts about working with YouTube — they’re open to an honest exploration of youthful experiences. I was able to give it the veil of big action and exciting teleportation, but also tackle these tough issues.”

Maddie added that she admired Liman for creating Henry’s strong female character, and hoped audiences recognize her strength. “I’ve loved Henry’s strength from the very, very beginning, she’s so unapologetically herself,” the 23-year-old actress shared with HL. “She doesn’t give herself to anyone, they have to really deserve it, and I think that’s really a respectable trait.”

You can watch the Impulse Pilot free on YouTube Red, right now!