Scott Disick is totally owning his alleged cheating scandal. The 35-year-old seemed to troll reports that he stepped out on girlfriend Sofia Richie by wearing a t-shirt for the iconic 1995 film Waiting to Exhale while on a lunch date with his lady on June 7. The classic Whitney Houston flick saw four friends manage complicated love lives, with two having affairs with married men while another got dumped by her husband who left her for his mistress. In one epic scene, Angela Bassett‘s Bernadette gathers all of her cheating husband’s luxurious clothes, shoes and jewelry, throws them into his BMW and lights it all on fire. Now some fans are wondering if Sofia did the same thing to Scott!

The father of three made it a point to show off that he was wearing a shirt that paid tribute to the movie, posting three separate clear shots of it to his Instagram with a word from the movie’s title as a caption. Immediately fans thought that his luxurious duds got torched by Sofia. “He must’ve gotten his sh*t burned up and she left him this shirt to wear out the house,” one person wrote in the comments, while another joked “Lmao same setting his sh*t on fire all ’18,” Another fan got a laugh by writing “Waiting for Sofia’s dad’s approval,” since Lionel Richie, 68, is no fan of his 19-year-old daughter dating the much older playboy. 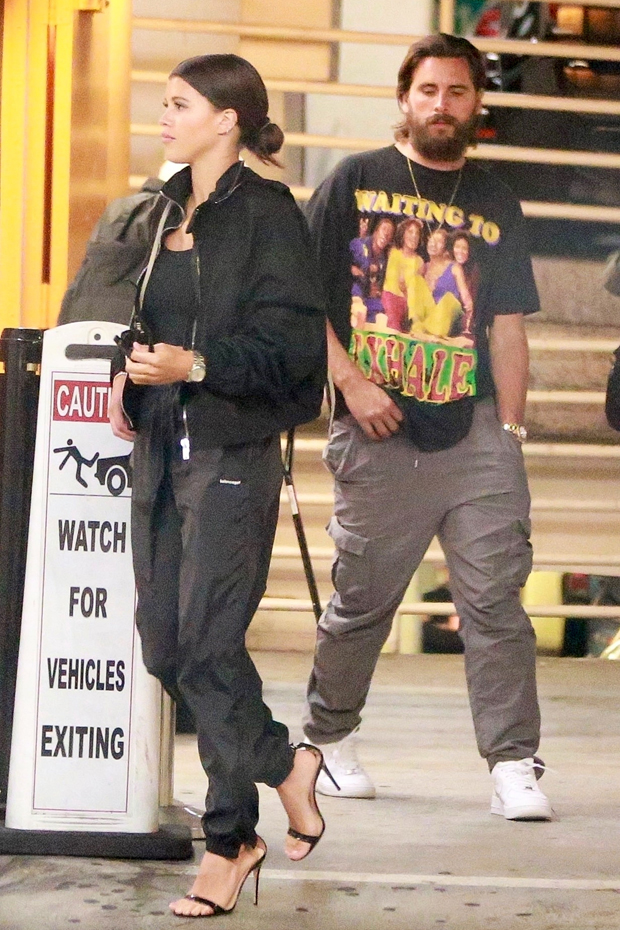 Rumors were flying over the weekend that Scott and Sofia had broken up after he went on a solo trip to Kanye West‘s Wyoming album listening party on May 31. He was spotted getting cozy with a mystery blonde then new reports surfaced that he had allegedly cheated on Sofia with a girl in Miami. All is well with the couple though, as Scott made light of the split stories on June 4, writing “We had no idea we even broke up but thanks for thinking of us” on his Instagram Live story while screengrabbing a TMZ article that read “Sofia Richie & Scott Disick Still Together.” The next day Sofia posted an Instagram pic of the two putting on a massive PDA show on a private plane so all appears to be well between the couple. The Waiting to Exhale t-shirt mocking the alleged cheating scandal is just so perfect…and so Scott.

Related: Lionel Richie’s Kids: All About His 3 Children & His Relationships With Them