There they are! Kendall Jenner and Anwar Hadid were spotted out again on June 6 going to Anwar’s sister Gigi’s apartment NYC. This time they didn’t flaunt PDA, but they continue to fuel those romance rumors!

Feeling a little shy this time, aren’t we? Just two days after being caught passionately kissing at a CFDA Awards after-party on June 4, Kendall Jenner, 22, and Anwar Hadid, 18, were photographed heading into Gigi Hadid’s NYC apartment. Kendall was spotted leaving the Mercer Hotel and walking into Gigi’s building, with Anwar right behind her. They were dressed super casually in sweats. Kendall didn’t even want her face shown. She covered her face to block the cameras. Earlier in the day, Kendall stunned on the streets of New York City in a colorful mini dress.

Kendall and Anwar shocked everyone when a photo surfaced of the two locking lips. The two were seen “kissing” and “cuddling” all night at the after-party, TMZ reported. In the days before their makeout session, Kendall went out with NBA star Ben Simmons, 21, a number of times, including an adorable bike riding date. HollywoodLife learned EXCLUSIVELY that Ben was more than a little shocked by Kendall kissing Gigi’s little brother. Our source revealed that the situation has Ben’s “head spinning a little,” but “it’s actually made him want her more.” 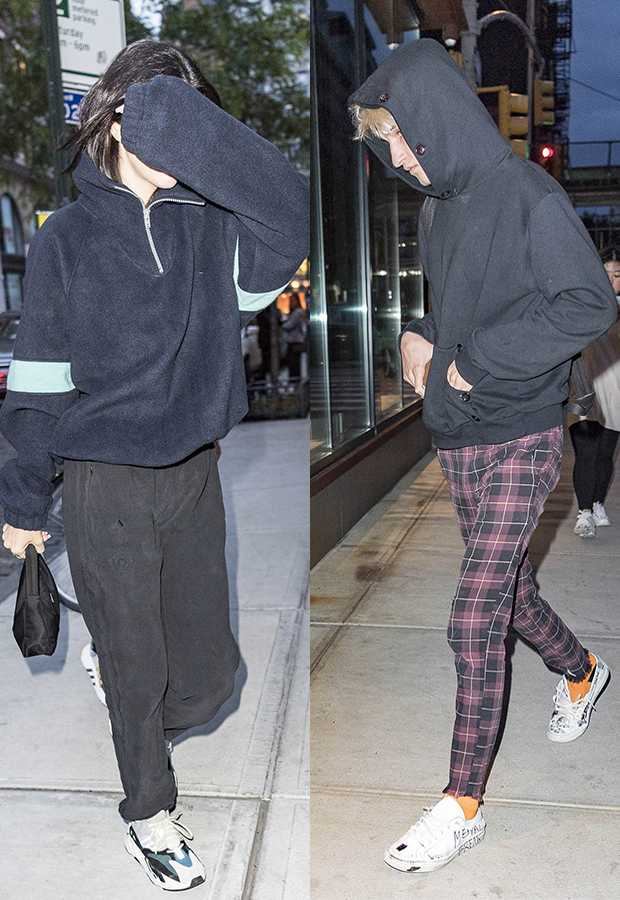 Kendall’s definitely living the ultimate single life this summer. HollywoodLife also found out EXCLUSIVELY that Gigi had given Anwar a bit of a warning when it comes to her BFF. “She told him that Kendall is a heartbreaker, and not to fall in love with her,” our source said. “Gigi knows that Kendall puts work and her career first with little time for a serious boyfriend or a long term relationship.” Get all the scoop on Kendall’s love life by listening to our HollywoodLife podcast!