WTF? In a new Instagram photo shared by Sofia Richie, she can be seen kissing Scott Disick in a private jet. And this comes just days after breakup rumors emerged. See the pic, here.

So much for that alleged split! Sofia Richie, 19, and Scott Disick, 35, seem to be trying to prove they’re more in love than ever, as she shared a picture of them kissing on a private jet on Tuesday, June 5. This, of course, comes just days after it was reported they broke up, following an incident, during which Scott cozied up to another woman at Kanye West‘s album listening event on Thursday, May 31. After a photo of Scott and the mystery woman leaked on June 1, many outlets reported that Scott and Sofia had split — some even suggested that that was him cheating on her. Either way, Scott took to Instagram on June 4 and said, “We had no idea we even broke up but thanks for thinking of us.” And just hours later, he and Sofia were spotted on a lunch date at Nobu in Malibu. Now, here they are kissing. So what gives?

Well, from what we’ve EXCLUSIVELY gathered, Sofia and Scott did have some sort of a falling out in the last several days. But, “Sofia doesn’t want it to look like she made a mistake by staying with Scott, so she has demanded from him to up the PDA and really go all out for their relationship and basically be at her beck and call. She is currently wearing the pants in the relationship and though she may be saying otherwise, she is still mad at him — but if he goes with her requests, she will fully forgive him in no time,” a source close to Sofia tells HollywoodLife EXCLUSIVELY. 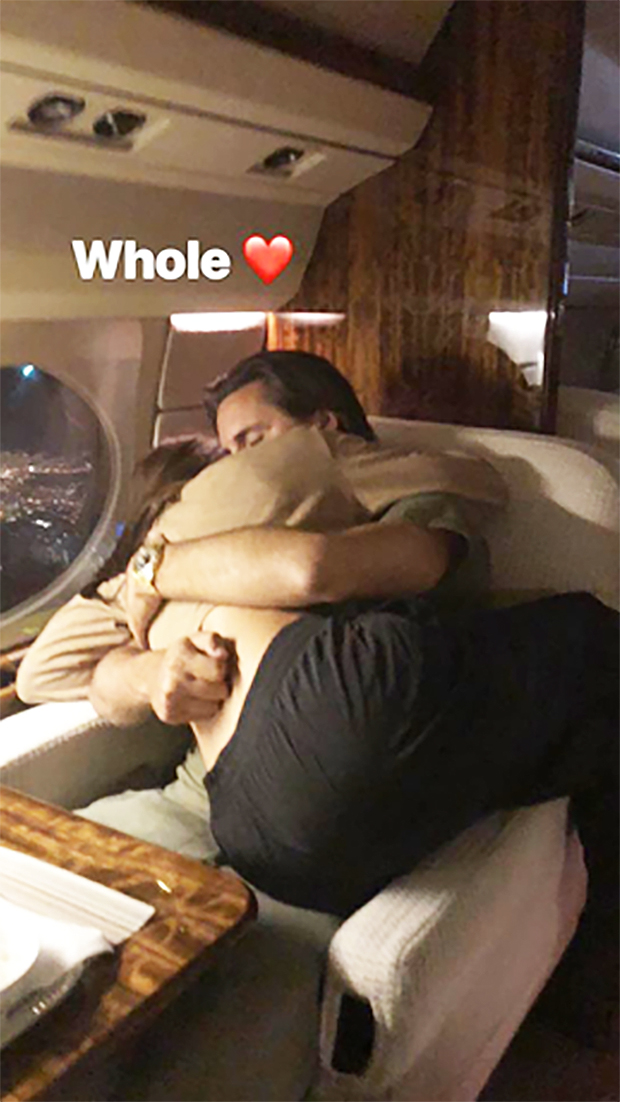 So basically, the PDA is all for show. And a way for Scott to prove his love for Sofia once again. So expect many, many more pics like this to be posted over the next several days.