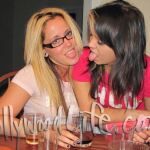 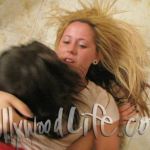 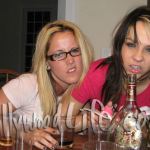 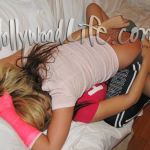 ‘Teen Mom 2’s Jenelle Evans is not feeling great about her appearance and it’s causing her to use a special face editing app whenever she posts pics of herself on social media. Find out which one it is here.

Teen Mom 2 star Jenelle Evans, 26, hasn’t been feeling confident when it comes to her looks and in order to feel better about the pictures she posts of herself to social media, she’s been using a special face editing app to alter her appearance. “Jenelle doesn’t use photoshop on her pics, but she does finesse them a little with an app called Facetune,” a source close to Jenelle EXCLUSIVELY told HollywoodLife. “She uses it to smooth out any blemishes if she has them, and to tweak her chin a teeny bit. Jenelle has always been self conscious about her chin, she’s been pretty open about it, and even considered undergoing plastic surgery to shave the point down slightly. When she found out what the procedure entailed though she decided against it—plus, David [Easton] is very against Jenelle having any form of surgery for cosmetic reasons, as he thinks she’s perfect as she is.”

Jenelle recently caught her fans’ attention when she posted a pic that made her bottom lip look a little thin and it didn’t take long for followers to accuse her of using photoshop. Although there’s definitely speculation that she edited the photo, it could just as easily look that way because of the way she’s smiling. Either way, it’s not uncommon for people to use photoshop or similar filters to smooth out their pics on the internet these days so we totally aren’t criticizing Jenelle!

In addition to the photoshop accusations, Jenelle has been making headlines for possibly being pregnant with her fourth child. Speculation started when she posted a pic with Dr. Drew that showed her in a loose floral dress with what looks like a baby bump. Of course, it could just be the position of the dress, but we’re hoping to find out soon!