Drake has allegedly been playing daddy already, according to friends of Sophie Brussaux. Here’s how.

Drake, 31, may not have publicly acknowledged that he is a daddy, but friends connected to the woman who claims to have had his baby say he’s singing a different tune in private. Sophie Brussaux, 28, has reportedly told pals that the rapper flew her and her son out on a private jet to spend Christmas with him, according to TMZ. There’s even a photo of her boarding a plane on December 24, 2017. Of course that’s not proof that she was jetting out to see Drake – or that he’s her child’s father. She could have been flying anywhere to see anyone!

The claims come on the heels of rumors Drake is allegedly financially supporting the French model. All these he-said, she-said stories (via their unnamed pals) completely contradict each other. Her friends say he took a paternity test and is playing daddy to the child who was born on his birthday, October 24. Yet his pals say no such test was taken. Her friends say the Canadian has met the baby several times. So what’s the truth? Without Drake publicly confirming or denying the baby rumors it’s her camp’s word against his.

And it seems that his friends are not convinced that baby Adonis is his child, according to TMZ. Apparently the little boy has blond hair and blue eyes. That doesn’t necessarily mean that the black-haired, brown-eyed Drake couldn’t be the father. 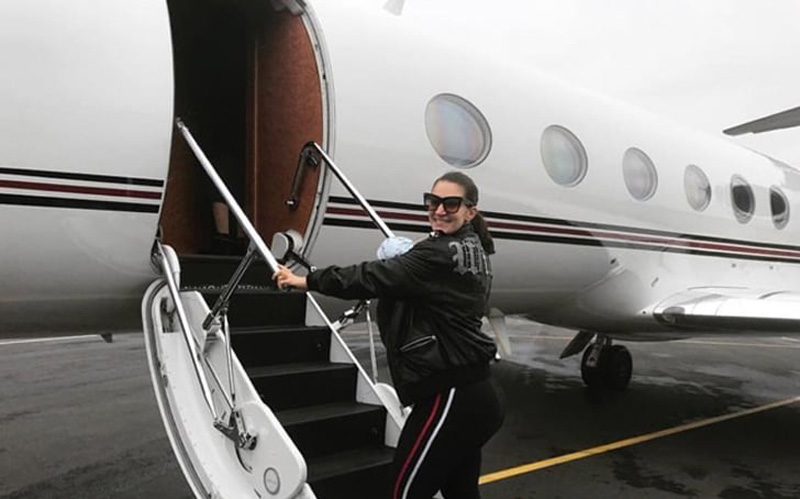 Anyone who has watched Maury knows that looks can be deceiving. There is only one way to determine who the father is – a DNA test. Alas, we can’t tell what his friends are talking about because Sophie hasn’t actually shared a photo of her child’s face. So we can’t judge. One person who seems to be convinced that Drake is the father is Pusha T who has merrily been rapping about the whole saga! Just a little reminder, in “The Story of Adidon” he claimed Sophie is his rival’s “baby mother,” and to make things crystal clear he rapped, “Adonis is your son.” For one person at least there are no ifs, buts or maybes about it!