Congrats are in order for Red Sonja and Beverly Hills Cop II star Brigitte Neilson, who took to Instagram on May 28 and announced she’s pregnant with her fifth child! Brigitte, who was once married to Sylvester Stallone, showed off her baby bump in a curve-hugging gray dress while making the announcement. “Family getting larger #me #family #brigittenielsen #babybump,” Brigitte, who tied the knot with Mattia Dessi, 39, in 2006, captioned her photo. Then, she flaunted her baby bump in another pic on Wednesday, May 30, while captioning that photo with: “Happy time positive vibes.” See both pics below.

Not only is this Brigitte’s fifth pregnancy, but she’s also been married five times, so maybe 5 is her lucky number! She’s already the mom to four sons — Raoul Meyer Jr., 23, Douglas Meyer, 25, Killian Gastineau, 28, and Julian Winding, 34 — so it’s also possible she’ll have another boy. Could you imagine? While it may be a shock to some that Brigitte is pregnant again at 54, she previously said she wanted more kids. During an interview with Hello! Magazine in 2008, she said, “The children have kept me going. After I do Playboy, we want to try IVF. It’s asking a lot, but if it’s possible, it would make our package complete.” 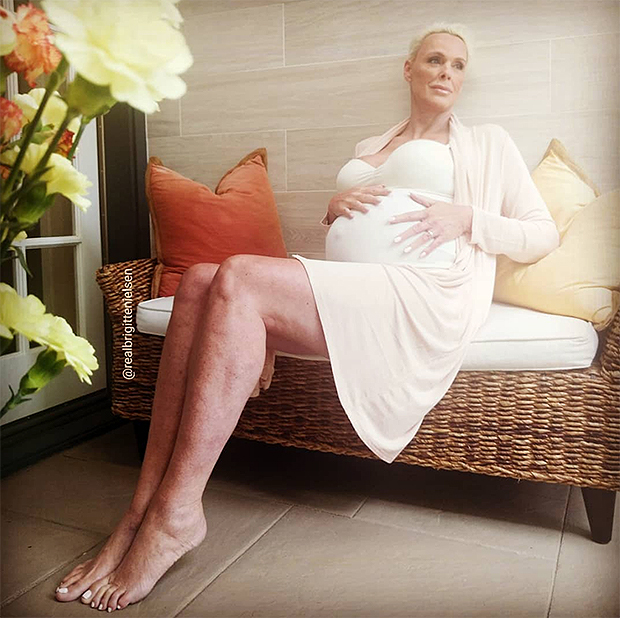 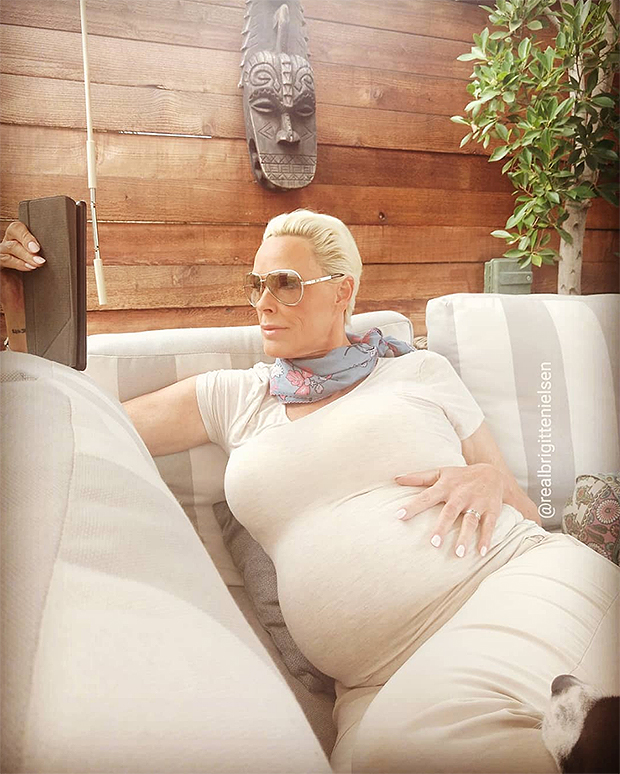 Related: Sylvester Stallone’s Kids: Everything To Know About His 5 Children, Including His Beautiful Daughters