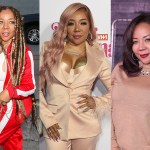 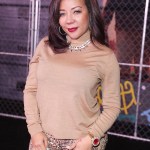 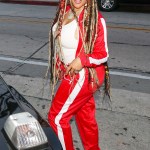 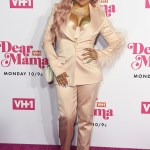 Tameka ‘Tiny’ Harris and Teyana Taylor recently had a fun-filled girls’ night out in Los Angeles and things got pretty intense with some wild dancing and a lot of attention from men. Get the EXCLUSIVE details!

Tameka “Tiny” Harris, 42, and singer Teyana Taylor, 27, recently went out with a bunch of their girlfriends for a wild night of partying and they had the time of their lives with teaching each other how to twerk and more! “Tiny had a wild night out with her girlfriends last night,” a friend of Tiny’s EXCLUSIVELY told HollywoodLife. “She was in L.A. partying with Teyana Taylor and Tamar Braxton and a bunch of her girls. At one point her and Teyana were on the dance floor showing out. She even got some twerking lessons from Teyana, who’s the queen of booty popping.” Where was T.I. during all this partying and twerking? “Tip was back in Atlanta so it was just Tiny and her girls,” the friend continued. “Tiny had guys trying to hit on her all night but she didn’t pay them any attention. Tip wasn’t there but he’s got nothing to worry about, she was super respectful of him.”

It turns out that while Tiny was having a good time with her girls, she was not only getting twerking tips, she was also getting bedroom tips! “She was just there to have a good time with her girlfriends,” the friend said. “Tiny already drives T.I. wild in the bedroom but she’s got a few new tricks to try out on him now thanks to Teyana.” Woah! Now, that’s some serious girl talk!

Tiny’s girl talk may very well go a long way too. Although T.I. has recently made headlines for getting arrested, Tiny’s still been showing her support for her baby daddy and even posted a video of the two of them together to celebrate their son Major Harris‘ birthday. It seems like these two always put family first no matter what kind of rough things they may be dealing with and we love them for it!