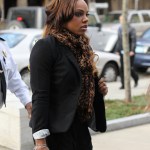 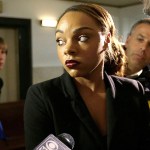 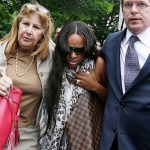 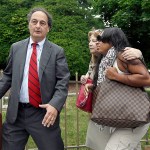 Although Aaron Hernandez died 13 months ago, there’s a possibility that he could still be the father of Shayanna Jenkins’ still unborn child. Here’s how, according to a fertility expert.

Shayanna Jenkins shocked the world when she revealed that she’s pregnant on May 22 — and she already appears to be several months ago. Immediately, speculation began about who the father could be. After all, she was still in a relationship with Aaron Hernandez when he committed suicide in prison in April 2017, just 13 months ago. Could she have found someone new so fast? It’s possible, of course. However, as a fertility tells HollywoodLife EXCLUSIVELY, it’s also possible that Aaron could be the father, even this long after his death.

If Aaron froze his sperm prior to his death, it could be used years down the line, OBGyn Dr. Sherry Ross tells HollywoodLife. “The way it’s done is: When a woman is ovulating, which can be determined by ovulation kits and fertility monitors, the woman takes the defrosted sperm, which is prepared with special solutions, and it is “injected” by a trained healthcare provider into the uterus so it can ind the egg in the Fallopian tube, where fertilization takes place,” Dr. Ross explains. “This process can be done each month during ovulation in hopes of creating an embryo.”

Shayanna did NOT reveal the identity of her baby’s father, so it’s unclear if she used this process for the little one’s conception. Regardless of paternity, though, Shayanna is thrilled to have a newborn on the way. “I couldn’t be a luckier woman to have such a perfect little girl that’s prepared to become the best big sister,” she gushed, referring to her and Aaron’s daughter, Avielle. “And even more blessed to welcome another baby girl to our home.”

Many of you have had speculated that I may be expecting another miracle which is very accurate , I wanted to take time and process and post when I was ready to. I wanted to have a moment for myself alone with my daughter ... we are beyond excited about the new addition and chapter we will soon begin . I couldn’t be a luckier woman to have such a perfect little girl that’s prepared to become the best big sister , and even more blessed to welcome another babygirl to our home . BabyG we are very excited to meet you !!! Mommy and sissy will continue to wait patiently for your arrival. I thank everyone for the continued support and appreciate the respect for our privacy that has been shown . 😍

Aaron was convicted for the 2013 murder of Odin Lloyd, who was dating Shayanna’s sister, in 2015. He was sentenced to life in prison without parole. During the trial for that case, he was also charged with double homicide for the 2012 deaths o Daniel de Abreu and Sairo Furtado. However, he was acquitted on those charges in April 2017, just days before he hung himself in prison. Since his death occurred while he was appealing his conviction for Odin’s murder, the conviction was vacated. This is decision is currently being appealed by Odin’s family.