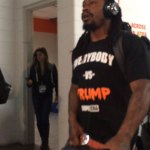 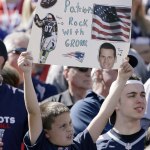 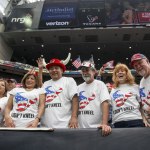 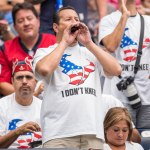 The NFL has a new national anthem policy after years of controversial protests, which requires players to stand if they’e on the field! If they choose to kneel, they will be fined. And, the internet is not happy, including the players!

The NFL has finally come to an agreement regarding the controversial national anthem protests around the league since 2016. Now, NFL owners have unanimously approved a new national anthem policy that requires players to stand if they are on the field during the performance. However, the policy does give them the choice to remain in the locker room if they wish. The NFL released a the policy statement on Wednesday, May 23, with Commissioner Roger Goodell saying that all 32 clubs committed to the new guidelines. However, the reactions (as seen below) from celebrities and players around the league has been less than thrilled.

Goodell said the agreement was reached by owners at a league meeting in Atlanta. But, Jed York of the 49ers said his team abstained. York did not say he opposed the policy, nor would he reveal if any other team abstained. “We want people to be respectful to the national anthem,” Goodell said in a news conference. “We want people to stand. That’s all personnel, and make sure they treat this moment in a respectful fashion. That’s something we think we owe. We have been very sensitive in making sure we give players choices, but we do believe that that moment is important and one we are going to focus on.”

It’s not and never has been about the anthem. All the owners care about is their bottom line. And this is all the evidence we needed. Curious to hear how the @NFLPA responds https://t.co/USjZ1yxA5K

Damon Harrison Sr., 29,of the New York Giants also went off on Twitter about the new policy. “Well with all due respect sir, the guys protesting don’t force the networks to show it on TV,” he tweeted. “They don’t force the media to cover it. The people don’t get to escape their reality’s that players are protesting for. There’s no relax button for them”.

He continued: “It’s crazy to think that they think ratings dropped because of the kneeling.  I can promise you it was wayyyy more people ACTUALLY not watching due to the support of the kneeling than the ones who opposed. Most of those TV games were actually terrible tbh…”

The new policy will be part of the NFL’s game operations manual and therefore, is not subject to collective bargaining. The NFL Players Association said in a statement that it will review the policy and “challenge any aspect” that is inconsistent with the CBA.

The national anthem protests were initially sparked by former 49ers QB, Colin Kaepernick, 30, in 2016. Kaepernick, who some claim was “black-balled” from the NFL because of his actions, was protesting police brutality. After he departed from the 49ers, Kaepernick was not picked up by another team.