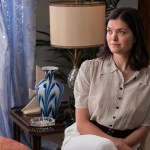 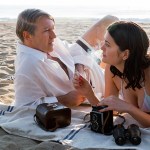 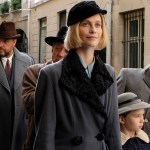 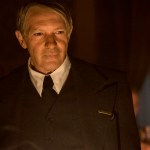 A scorpion is something you never want to find in your bed. HollywoodLife has an EXCLUSIVE preview of the May 22 episode of ‘Genius: Picasso’ that features Françoise realizing there’s a poisonous critter on crawling on her!

Françoise is trying to get some sleep when she notices a scorpion in her bed! She screams and Picasso immediately wakes up to ask what’s wrong. Françoise gets up and kills the scorpion, but she notices another scorpion crawling on the wall. Doesn’t that just make your skin crawl?

Picasso tries to make light of the whole situation, but his love is not having it. “You know that I’m a scorpion,” he says. “It’s my zodiac sign.” Françoise doesn’t find his comments funny whatsoever. Picasso adds that Dora was stung by a scorpion once. Françoise assumes that Picasso has brought Dora to this house before, but the house is actually Dora’s! Picasso just keeps digging a bigger hole for himself.

Picasso doesn’t think that’s a big deal, but bringing your other lover to your ex-lover’s house is a tad awkward, don’t you think? Picasso tells Françoise to leave the scorpion be and just relax. She refuses to sleep in that bed, and I don’t blame her. He says to pick another bed in the house to sleep in. He doesn’t care which one, as long as he’s sleeping next to her. Oh, Picasso.