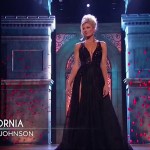 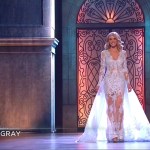 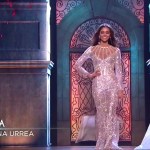 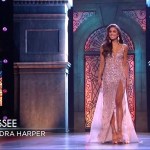 Taking the stage at the Miss USA competition on May 21, 98 Degrees totally brought down the house! Performing ‘I Do’ & ‘The Hardest Thing,’ the boyband’s high energy was infectious!

WHAT a performance! 98 Degrees gave one memorable show at the 2018 Miss USA competition on May 21. Singing “The Hardest Thing I’ve Ever Had To Do” and “I Do (Cherish You),” the group hit the Hirsch Memorial Coliseum stage in Shreveport, Louisiana, and delivered not only amazing vocals, but also impressive movements! Nick Lachey, 44, is hosting the competition this year along with wife Vanessa Lachey, and for 98 Degrees’ set, he was joined on stage by fellow bandmates Drew Lachey, Justin Jeffre, and Jeff Timmons. All four men totally wowed us!

Their performance began with the men singing “The Hardest Thing I’ve Ever Had To Do,” and then they flawlessly transitioned into “I Do (Cherish You)” as the final three contestants walked out in their gowns. The set included romantic lighting, and we loved that the audience was so into the music. But not only did the band sound great and have sweet choreography, Nick, Drew, Justin, and Jeff also wore coordinating ensembles! Dressed in black tuxes, the guys were totally styling, and we love how their looks were sharp and dapper.

98 Degrees originally formed in 1996 and then went on hiatus from 2002 to 2012. Since their break though, the guys have been killing it on stage and in the recording studio. In fact, just earlier this month, on May 18, the group announced they’ll be heading out on a holiday music tour beginning November 1! They’ll be promoting their latest Christmas album, “Let It Snow” along with performing old hits like “The Hardest Thing” and “I Do (Cherish You).”

“The songs just put you in a great spirit and I think the audience feels the same way,” Nick told People magazine. “It’s why we love to do stuff like this around the holidays. It just puts us in a great spirit and gets you ready for a very special time of year.” If tonight’s performance was any preview into what’s to come on their upcoming tour, we can bet it’ll be an amazing time!