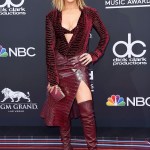 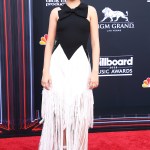 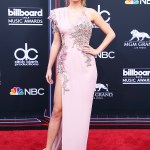 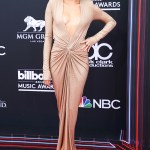 Halsey’s not one to shy away from a bold outfit, and she proved that again on the red carpet at the 2018 Billboard Music Awards. See what she rocked here!

Hello, Halsey! The 23-year-old “Now or Never” singer strolled up to the 2018 Billboard Music Awards in Las Vegas on May 20 looking like a million bucks in an all-black ensemble, a bodycon minidress with a poufy tulle train, and sandals decked out in pearls. The wild look isn’t anything shocking for the singer, but that doesn’t make it any less of a standout. We’re obsessed with her always-unique style.

Halsey’s dark moment didn’t just stop at the clothes. She swapped her signature platinum buzzcut (and more recently, natural curls), for jet black, long locks. It’s very Demi Lovato-esque! Paired with red eyeshadow, she’s basically a goth queen. It is kind of shocking, though, that she managed to one-up what she wore to the 2017 Billboard Music Awards.

Last year, she walked the red carpet in nothing but a bra, and a repurposed trench coat/skirt. We’re not talking about a bra top. It was literally just a white bra that she could have picked up from a department store on the way over. The outfit was…something. If we’re being honest, this year’s BBMAs outfit was SO much better! 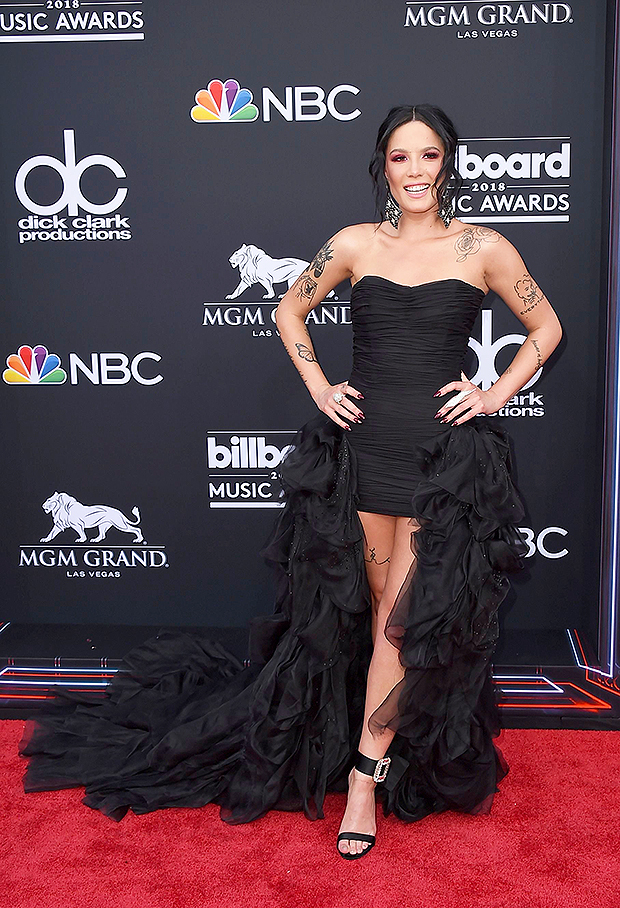 Halsey’s up for two Billboard Music Awards this year, and she better win them! Can you imagine her wearing that getup if she goes onstage to accept the award for Best Female Artist and/or Radio Songs Artist?