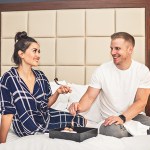 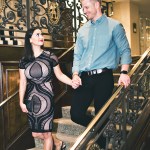 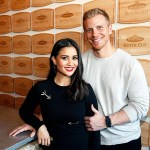 Our favorite ‘Bachelor’ couple has officially expanded their fam! After giving birth, Catherine Giudici & Sean Lowe are now 2-time parents! Get all the details here.

The Lowe fam has a new addition! Catherine Giudici, 32, has given birth to baby number two — Isaiah Hendrix — and we can only imagine how thrilled she and husband Sean Lowe, 34, must be! The little one arrived on May 18, according to their Instagram accounts, and already it’s beyond clear how in love the Bachelor alums are with their newborn. Better yet, their firstborn, son Samuel Lowe, 1, seems just as pumped about having a younger sibling!

“Meet my boy Isaiah Hendrix. Thank you Lord,” Sean said in his own post, revealing both his son’s face and his name! Don’t you just love the name Isaiah? Catherine posted her own image — one of herself holding her newborn baby boy — and hers was captioned: “Introducing Samuel Thomas’ little brother, Isaiah Hendrix 💙.” See both pics and captions below! Catherine and Sean, who met during Sean’s season of The Bachelor and tied the knot soon after in 2014, announced they were having baby number two back in November. Their announcement was super adorable too, as both expectant parents shared clips to their respective Instagram accounts featuring their son pointing to his mom’s belly and saying, “Baby!” “I’m more tired [this time around], but I’ve never been nauseous or sick, even with Samuel,” Catherine told People mag days after the big reveal. “That makes me think I’m either made for this or it’s another boy! I feel really blessed to be feeling so good.”

The couple didn’t officially know what they were having though until after the birth, as they both wanted the gender to be a surprise. “We’re not going to find out the gender,” Sean told the publication. “We didn’t with Samuel and it’s really exciting to be in the hospital and find out. And neither of us are Type A planners, so we’re fine with it.” Congrats again, Sean and Catherine!