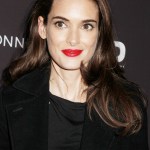 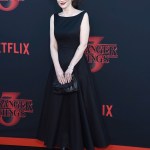 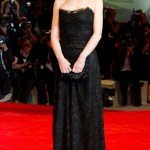 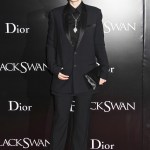 Keanu Reeves and Winona Ryder co-star in ‘Destination Wedding,’ an upcoming romantic comedy that might just make your summer! Check out the trailer right here!

Struggling to find movies worth looking forward to this summer? You’re not alone! But get excited because the trailer for a new film has just arrived that promises to be a crowd-pleaser in the months ahead! Keanu Reeves and Winona Ryder star in Destination Wedding, a film about 2 strangers who strike up a conversation on the way to the same wedding. He’s a pretty over romance and she’s still has feelings for the groom. This is already shaping up to be an amazing day at the movies!

In the opening scene of the trailer, they exchange compliments while waiting to board at the airport for wine country in California. That’s when Frank (played by Keanu) takes a single step forward, prompting Lindsay (Winona’s character) to go off on him for cutting in front of her! From there, the trailer cuts to Lindsay gulping wine on the plane, Frank admitting that no is meant for anyone else, oh, and a chance encounter with a mountain lion!

However, the real highlight of this trailer has to be when Lindsay struggles on the hilly terrain and asks Frank to carry her. He agrees but it doesn’t go all that well. “This is the slowest I’ve ever been carried,” the Stranger Things star complains. He answers, “Dear god, be quiet!” Neither Keanu nor Winona is known for their comedic chops but they appear to be embracing these obnoxious characters with gusto! They’ve previously worked together on such film as Bram Stoker’s Dracula and A Scanner Darkly, so they clearly have some chemistry!

Destination Wedding arrives August 24, 2018! Will Frank and Lindsay find love together amid all this matrimonial misery? We’ll just have to wait and see! Check out the trailer above.