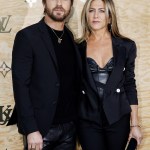 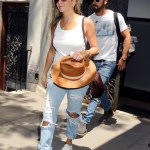 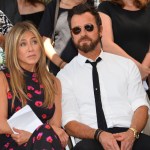 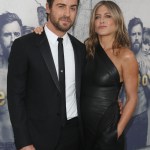 Jennifer Aniston is seriously upset about the recent speculation that her ex Justin Therouz may be dating Selena Gomez and thinks it’s too soon for him to be getting serious with anyone else. Get EXCLUSIVE details.

Jennifer Aniston, 49, can’t believe the dating rumors she’s hearing about her ex Justin Theroux, 46, and Selena Gomez, 25, and it’s left her pretty upset about the whole situation. “Jennifer is upset over the dating rumors swirling around her ex and Selena,” a source close to Jennifer EXCLUSIVELY shared with HollywoodLife. “It hurts Jen to think that Justin would move on already. To think of him with anyone else, especially someone so young and that Jen has a personal relationship with like Selena, is painful for her. Jen doesn’t want to think about it and definitely does not believe it.”

In addition to Selena, Justin has been rumored to be dating other women since his split with Jen so that’s also been getting to the actress. “Jennifer is tired of hearing about all the women Justin may be dating since there split,” the source continued. “From Emma Watson to Selena, Jen is furious over every picture she sees of her ex with another pretty face out in New York. Jen won’t believe any of the rumors until she hears from Justin himself that he is involved in a new relationship.”

Jen’s emotions about Justin’s romantic life are understandable considering the two just announced their separation in Feb. They also seemed inseparable whenever they were together so their divorce came as quite a shock. Still, Jennifer seems to know how to hold her own and works well with living the single life. Her independence and confidence shine through whenever she’s in public so we’re sure she’s going to be just fine. We wish her all the happiness and love in the future!