Nobody likes to be stood up and it seems Amal Clooney left Tom Ford hanging on the red carpet. She did a surprise wardrobe change ahead of the Met Gala, which reportedly left the designer seeing red!

So, is the Met Gala pretty much prom for celebrities? In a page torn straight out of a high school yearbook, Amal Clooney, 40, reportedly broke Tom Ford’s heart when she decided to go with someone else at the May 7 event. Specifically, she decided to go with another designer for her red carpet look, per Page Six. Instead of wearing a custom Tom Ford gown – which would have been a “full-length crimson number designed to look like a stained-glass window” – she strutted into the event in a “backup” outfit by British designer Richard Quinn.

Amal at least told the Tom Ford team about this last minute wardrobe change. “They were annoyed, obviously,” sources tell Page Six, “but they were gracious and said it was fine to go with [another designer], but they would prefer that Amal not wear the dress at all if she wasn’t going to wear it on the Met Ball red carpet.” Guess what she did? She wore the gown at the Met Ball.

In a move that reportedly left the Tom Ford team “stunned” and “furious,” Amal changed into the Tom Ford dress once she was inside the Met Gala, far away from the cameras on the red carpet. Though the gown was specifically made to match the theme of the night – Heavenly Bodies: Fashion and the Catholic Imagination – the Ford team reportedly hoped Amal would save the dress for a more A-list event. Instead, Amal reportedly changed in the Metropolitan Museum of Art’s gift shop (something Anna Wintour said on The Late Show) and wore the outfit for the rest of the night. 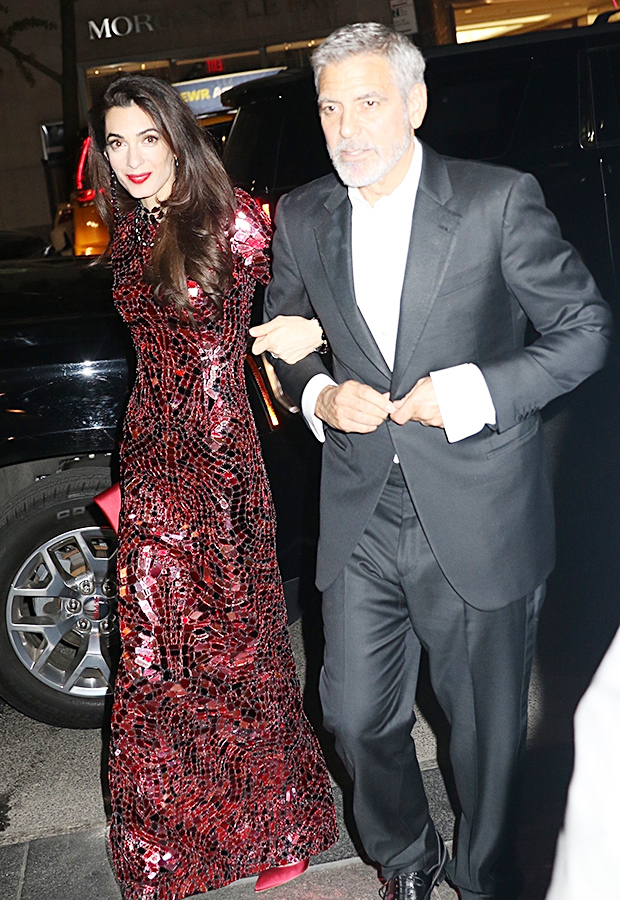 The debacle “mortified” Vogue staffers, according to Page Six, especially since Amal is on the cover of the magazine’s May issue. Vogue also lobbied Amal to walk the red carpet in the Tom Ford design. Instead, she used it for a wardrobe change, while wearing Quinn for a dramatic moment with George Clooney on the red carpet. The question now is – will Tom Ford hold a grudge, or will they use that “Catholic imagination” and forgive Amal for this fashion faux pas?