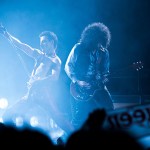 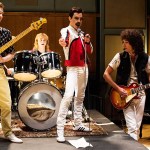 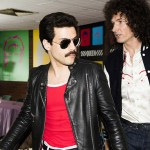 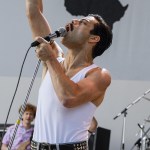 From a computer hacker to a rock legend, Rami Malek is brilliant in the first trailer for ‘Bohemian Rhapsody’! See Malek portray Queen’s Freddie Mercury in the teaser!

Rami Malek, 37, brings Freddie Mercury to life in the new Bohemian Rhapsody trailer. — A new biopic film which will celebrate Queen, their music and their lead singer Freddie Mercury, who defied stereotypes and shattered convention to become one of the most beloved entertainers on the planet. The role is a complete change from what we’re used to seeing from Malek — A shy computer hacker on the small screen in Mr. Robot. Malek completely transformed himself to play Freddie Mercury in the upcoming biopic, which hits theaters in November 2018. The trailer features many of Queen’s iconic songs including “Another One Bites The Dust,” “Killer Queen,” and, of course, “Bohemian Rhapsody.”

Bohemian Rhapsody depicts the meteoric rise of the band through their iconic songs and revolutionary sound, their near-implosion as Mercury’s lifestyle spirals out of control, according to the film’s description. It goes on to follow Queen’s triumphant reunion on the eve of Live Aid, where Mercury, facing a life-threatening illness, leads the band in one of the greatest performances in the history of rock music.

Back in April, 20th Century Fox revealed the debut teaser of the biopic during CinemaCon in Las Vegas, Nevada. The teaser trailer showed Queen’s struggle to reach mainstream success and how the group experimented with multiple different sounds to stand out from the rest. While it appeared as though the film will focus heavily on Mercury’s story and influence on the band, it alluded that the movie will explore Mercury’s death. The teaser revealed a moment when someone tells him they just need a little time, to which he somberly responds, “What if we don’t have time?”