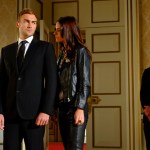 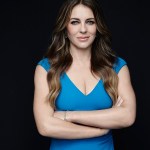 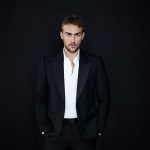 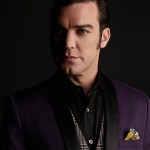 Liam, Eleanor, Helena, and the rest of Team Takedown Robert attempted to stop him from gaining any more power on the season 4 finale of ‘The Royals.’ But were they able to stop Willow from marrying Robert?

The episode starts out at the royal wedding. It’s happening, y’all. But there’s a secret mission going down. Jasper’s got his gun in the church and everything. Robert and Willow are at the altar and look absolutely miserable. Willow looks like she could kill Robert. Helena, Cyrus, Eleanor, and Liam are looking at them just waiting for something to happen. Robert begins to say his vows and Willow says, “Those things you said to me in your office about how I’m the gift you’ve always wished for. Were those your words? Were they from your heart?”

Robert wants to save this for another time. Willow is adamant. He admits they were Eleanor’s words, but he demands Willow just stand still and look pretty. Willow starts to break down. “I can’t do this,” she says. “It’s all a lie.” He stresses that he loves her. Guess what, Loyals. This is just a dream. DARN IT!

In real life, Liam and Kathryn are keeping their relationship secret. Guess what, though? She’s pregnant! Robert is having non-existent conversations with his dead father. “I’m so much more than you ever thought I could be,” he says. Meanwhile, Eleanor is devastated that Robert has betrayed her. Cyrus is back in the palace, but he’s on edge. Once he finds out Eleanor told Willow that they’re planning to take down Robert, he loses it. Rightfully so. Can Willow be trusted? Eleanor and Liam are sure of it. Eleanor says she had to tell Willow after figuring out that Robert said the exact words she’d written to Jasper in a love letter.

Willow tells Robert after her shocking conversation with Eleanor that she needs to talk to him. She knows he planned the blackout and scolds him for putting his people at risk. Parliament exists for a reason, she says. One person shouldn’t hold all the power. “We have gone too far with inclusiveness,” Robert says. “Not everyone should have a vote or a say in everything. There are a lot of very stupid people out there.” WTF?! Sit down, boy.

He wants everyone to follow his own singular vision. If she doesn’t want to follow suit and marry him, then he has to make other arrangements. He claims he loves Willow and wants to prove it. Willow acts like she’s all good with him, but she runs to Helena and confesses that she can’t marry him.

The first thing to put a kink in Team Takedown Robert’s plan is when Robert says he’s bringing in his own security for the wedding. Helena stresses that they need to do exactly what they’re meant to do from now on. Removing him is not going to be so easy. Willow says she can expose Robert in front of the world during their vows. Helena asks her point-blank if she can do this. Willow promises that she’s in. She must do this. The plan is in motion.

Eleanor is distant with Robert. He tries to talk to her, but she’s not having it. Eleanor wears her emotions on her sleeve, and he knows something’s up. She asks him indirectly about the letter, and he has a chance to tell her what he’s done. But he doesn’t.

Jasper says their plan is all set. Willow will reveal the blackout scandal during her vows. If Robert pushes back, then Jasper will take him by force. Liam’s job is to protect Willow and not engage with Robert. At the church, Eleanor is a little down. “Just seems like such a waste,” she says to Jasper. “Something like this should only be for two people in love.” Jasper asks Eleanor to dance. “I love you so much, Princess,” he says. He vows to be there for her for the rest of time. “I love you, Jasper Frost, and I’m going to love you for the rest of time,” she replies. I’m crying!!!!

Helena gets in a knockdown dragout fight with Willow’s mom, who was friends with Dominique. “I learned this from Dynasty reruns, bitch!” Helena screams before pulling out some hair. She also punches Willow’s mom right in the face. YAS!

Liam tells Kathryn about the plan and says there will be a car waiting at the front of the palace ready to take her someplace safe. Before the wedding, Liam reaches out to Robert. He tries to have an honest conversation, but Robert still wants to be competitive. This all goes back to why Simon didn’t want Robert to be king. Robert is greedy about power. He has a darkness about him. But when Robert’s told that he can’t have something, that only makes him want it more.

At the wedding, Jasper’s dad makes a surprise appearance, as well as Violet. Kathryn does what she’s told, but when she gets in the car, something’s not right. It’s all in Willow’s hands now. Helena, Cyrus, Liam, Eleanor, and Jasper think they know exactly what she’s going to do, but Willow goes rogue. She says “I do” to Robert and doesn’t expose him! NOOOOOOOO!