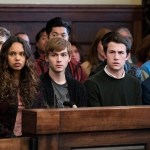 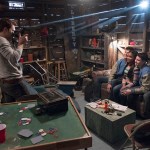 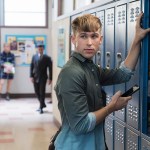 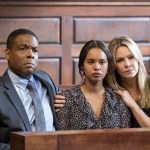 Bless you, Selena Gomez! New scenes from ’13 Reasons Why’ season 2 were revealed in her ‘Back To You’ lyric video. Clay’s getting a tattoo, Jessica and Alex may be getting back together, and more. Here’s what you need to know!

Selena Gomez, 25, released her new song, “Back To You,” and the track’s lyric video ahead of 13 Reasons Why’s second season, which drops May 18. The lyric video is so much more than just the lyrics. The video unveils never-before-seen glimpses of the highly-anticipated season 2. Yes, really! The first trailer was just released, and now Selena has blessed us with more footage!

Let’s start with Hannah and Clay. As we saw in the season 2 trailer, Hannah appears to Clay after her tragic suicide. This is not just going to be a one-and-done ghostly encounter. Hannah’s spirit will be following Clay throughout the season. Hannah and Clay will share more sweet moments, including an intimate hand-holding session. Given the show’s use of flashbacks, could some of the scenes actually be flashbacks and not a vision or a dream? Clay is also seen getting a tattoo on his wrist that looks like a semi-colon. What does it mean?!

But that’s not all. Selena sings about going back to a former love in “Back To You,” and it looks like that’s what happens between Alex and Jessica. In one blink-and-you’ll-miss-it scene, Jessica and Alex are dancing together at a school dance. You don’t see Alex’s face, but it’s definitely him because of the scar on the right side of his head. At the end of season 1, Alex tried to commit suicide by shooting himself in the head.

Life isn’t going to be easy for anyone in season 2. Justin looks like he’s had really rough since we last saw him. In the clip featured in the lyric video, he walks into the school all disheveled and near tears. However, things may take a turn for the better in the end. The school dance scenes show Justin, Zach, and more having a blast together. Jessica is seen hugging Clay on the dance floor, and Alex, Zach, and Tony are right there to share the moment.

Season 2 is going to be so emotional. None of us are ready. The show will continue to follow the aftermath of Hannah’s death. Liberty High will be put on trial, and someone will stop at nothing to make sure the truth about Hannah’s death stays buried. A series of mysterious polaroids leads Clay and his classmates on a journey to uncover a shocking secret and conspiracy to cover it up.