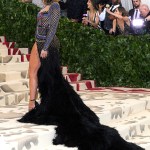 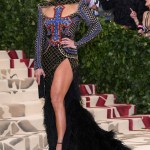 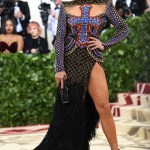 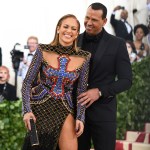 Jennifer Lopez made it known that she wouldn’t enjoy a showy proposal like the one 2 Chainz did at the Met Gala during her interview with ‘Today’ on May 9. Is she dissing the rapper? Check out the video here!

A showy J.Lo? We think not! Jennifer Lopez, 48, revealed that she wouldn’t enjoy a huge proposal like the one 2 Chainz, 40, set for his longtime partner, Kesha Ward, on the red carpet at the 2018 Met Gala in NYC on May 7 and in fact, she would rather have it done without a spotlight. “I think I would want it to be a tiny bit more intimate,” the singer said in an interview with Today on May 9. “But you know what, this is amazing, I’m sure she had a Cinderella moment.” Despite her different taste in proposal styles, we don’t think Jen meant to throw any shade at the rapper!

In addition to 2 Chainz’s romantic gesture, Jennifer talked about her own look and time at the Met Gala. The talented beauty looked gorgeous in a Balmain gown that had a huge blue cross in the center of it as she stepped out with boyfriend Alex Rodriguez, 42, for the popular annual event. “It’s a great night,” Jennifer said about the gala. “It’s super glamorous. It’s like being Cinderella for a night. You get to dress up in these beautiful gowns. Everybody’s trying to be their best and outdo each other fashion wise. It’s really kind of fun.”

Since the elegant Met Gala, Jennifer’s been promoting her new song, “El Anillo” which translates to “the ring” in English. The track is about a woman waiting for a proposal but when asked if it was implying something to her hunky beau A-Rod, Jennifer insisted to the outlet that it wasn’t. “Should we read into anything?” Today show co-anchor Savannah Guthrie asked. “No!” she replied while laughing.