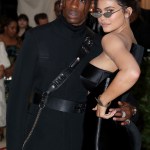 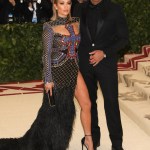 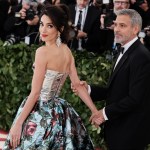 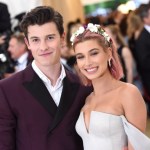 After months of romance speculation about Hailey Baldwin and Shawn Mendes, the pair finally confirmed they’re dating in a MAJOR way — by walking the Met Gala red carpet together!

Shawn Mendes and Hailey Baldwin were the picture-perfect couple a the 2018 Met Gala on May 7! The young lovebirds posed for photos on the red carpet together, officially confirming that they’re an item after fueling dating rumors for months. Hailey looked absolutely stunning at the event, showing off her fabulous figure in an off-the-shoulder, pale blue gown which featured a sheer skirt and train. The daring look put her cleavage on display, and she completed the ensemble with pink hair and a floral headpiece, which was perfect for the Heavenly Bodies: Fashion & The Catholic Imagination theme.

Rumors of a relationship between Hailey and Shawn began in October 2017, when they were spotted attending Halloween Horror Nights together. A few weeks later, Shawn attended Hailey’s Halloween party, and an insider told HollywoodLife EXCLUSIVELY that they were packing on the PDA all night. Over the next several months, the two were spotted together quite often. However, whenever they were asked about the romance, they played coy and refused to comment on whether or not they were dating.

This red carpet appearance seems to seal the deal, though! The Met Gala was the perfect event for these lovers to make their official debut — after all, it’s one of the most buzzed-about events of the year in Hollywood. Anyone who’s anyone attends! Shawn and Hailey were in attendance to support Tommy Hilfiger.

HIS HAND WHILE HE’S WAITING FOR HER PLEASE #MetGala https://t.co/5V34vPpx8H

Hailey has famously dated Justin Bieber and was once even romantically linked to Drake. Meanwhile, Shawn was rumored to be dating Camila Cabello several times throughout his career, although the two have always insisted that they’re just friends.