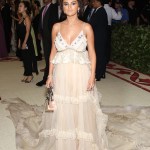 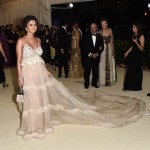 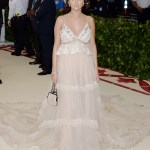 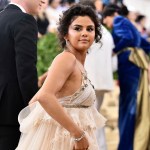 Our queen has arrived! Selena Gomez showed up to the 2018 Met Gala in a sheer white dress, which put her cleavage on full display. See her look here!

For the fifth year in a row, Selena Gomez, 25, attended fashion’s most high-profile event, the Met Gala, on May 7. As always, she looked absolutely stunning for the big evening out! Sel showed up dressed to fit the Heavenly Bodies: Fashion and the Catholic Imagination theme, wearing a sheer, white ruffled dress. The ensemble featured a low cut neckline, which put her major cleavage front and center. The dress also had one of her favorite bible quotes embroidered into the dress! To complete the look, she piled her hair on top of her head with massive curls and added silver shoes. Obviously, Sel was styled by Coach, as she’s been an ambassador for the brand for the past several months.

Last year, Selena made a major statement at the Met Gala, as it was the first red carpet she walked with her then-boyfriend, The Weeknd. At that time, the pair had only been dating for a few months, so it was a BIG deal for them to attend such a major event together. The hot new couple looked SO in love on the red carpet, and proved how serious they were about each other with their loving PDA throughout the night. Unfortunately, the love didn’t last, and they split less than six months later, but we’ll never forget those official debut pics!

At the 2015 Met Gala, Selena made headlines since she and her ex, Justin Bieber, both attended the event. He even gave her a public shoutout, gushing about how gorgeous she looked in her ensemble for the evening! In case you haven’t been keeping up, Sel and Justin got back together after her 2017 split from The Weeknd, but they’ve since broken up (again). 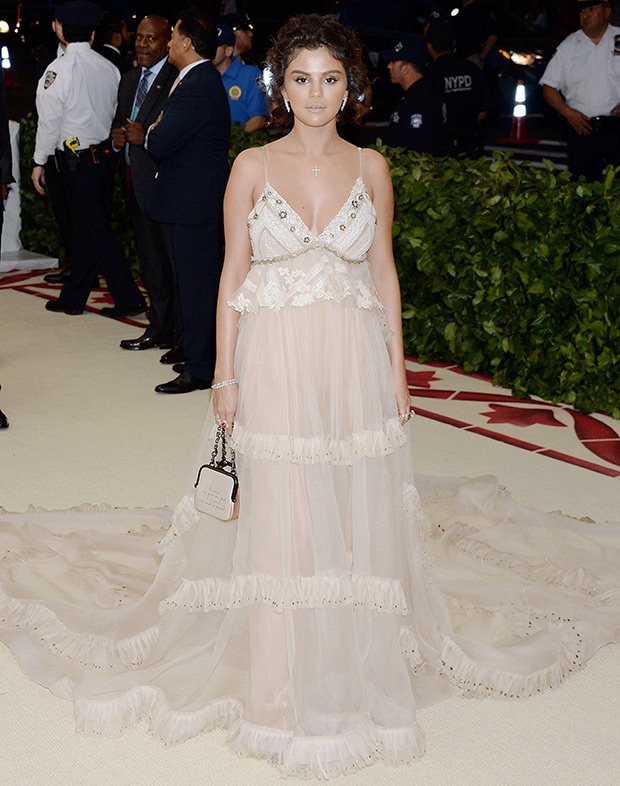 It’s an exciting week for Sel, as on May 10, she’ll release her first new song of 2018, “Back 2 You.” The track will be featured in the upcoming season of 13 Reasons Why, on which she serves as a producer.