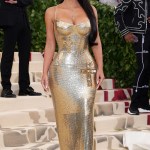 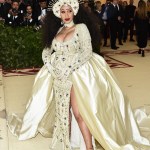 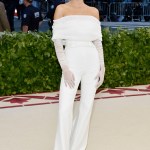 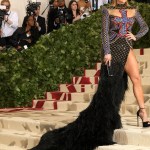 During her live Met Gala interview, Nicki Minaj seemed to throw some shade at Cardi B — and fans took notice! Watch here.

Nicki Minaj and Cardi B may have an awkward run-in amidst their growing feud at the Met Gala on May 7! Both ladies are in attendance at the event, and Nicki even seemed to call out her nemesis on the red carpet. While commenting on her “temptress” and “seductress” look, Nicki explained, “You know what, because I’m the bad guy. And I wanted to make sure that the bad guy was here.” She gave the camera a straight-on glare as she said it, and she definitely seemed to be referencing the way Cardi has publicly called her out recently.

A feud between these ladies has been long-rumored, but they seemed to squash the reports by collaborating on the Migos track “Motorsport” last year. However, that collab may have only caused MORE drama. After it came out, Cardi revealed in an interview that Nicki’s verse on the song is not the one she originally recorded, and it was later reported that the first lyrics actually called out Cardi. Nicki was pissed that Cardi was talking about her in interviews, and she recently explained that it wasn’t even her idea to change the lyrics.

“How can you say someone changed their verse & forgot to say Quavo TOLD me to remove my singing part (which I loved) & Atlantic told me to remove your name from my verse per your request?” she tweeted. “So how were those changes gonna happen if I didn’t “change” my verse?” Meanwhile, when a fan recently called Cardi out for throwing shade at Nicki when the rapper is always “nice” to her, the “Bodak Yellow” singer responded, “Nice how? Tell me?” OH THE SHADE!

Now, fans are majorly buzzing about Nicki’s Met Gala red carpet Q&A. “NICKI THROWING SHADE AT CARDI B OMG,” one person tweeted after it aired. Another added, “So Nicki just let @enews know that she’s going to run up on Cardi in the bathroom…reminds me of high school.” Oh snap!