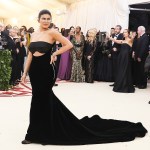 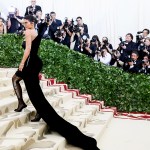 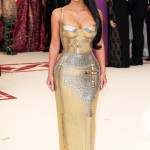 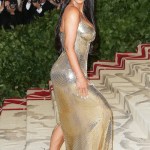 It’s official — Travis Scott isn’t going anywhere any time soon! He joined Kylie Jenner on the massive red carpet for the annual Met Gala, and it looks like Stormi’s parents were ready for their night off.

Travis Scott, 26, is the luckiest man in the world. Why? Because he got to be 20-year-old Kylie Jenner‘s arm candy at the Met Gala on Monday, May 7 in New York City. The rapper and the reality TV star gazed lovingly at each other as they walked the red carpet in matching black outfits. The beauty mogul looked svelte, without a hint of baby weight. Kylie showed off her boobs in a sexy, strapless black bra, which was a standout feature of the Alexander Wang dress, which included a huge zip on the side. Despite wearing gold sunglasses to the evening event, she only had eyes for her baby daddy, who wore a military-style black suit. In between posing for the flashing bulbs the couple almost looked like they needed to get a room, as they nuzzled and smooched in front of the cameras!

The Met Gala was the perfect place for Kylie and Travis to have their parents night out. While little Stormi Webster, just 3-months-old, surely missed her parents, Kylie and Travis made for one of the best looking couples of the night. And while it’s no secret that the pair are a very, very official couple, this marked their first-ever red carpet appearance together! What better place to make your relationship red carpet official than the Met Gala? Um, there isn’t one.

Both Kylie and Travis were also fresh faced for the Met red carpet, all thanks to the recent tropical vacation they treated each other to. 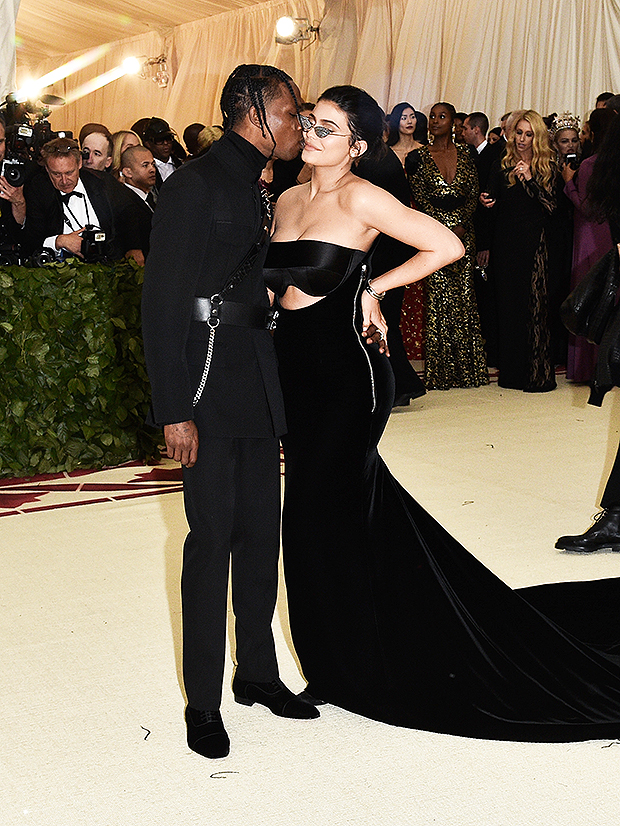 On May 1, Kylie shared an image of herself and Travis lying across the front of a yacht giving the finger. The day before that, Kylie shared another photo of herself being wrapped up in Travis’ arms as the sun sets behind them. Could Kylie and Travis be Instagram’s most romantic couple? It’s possible.