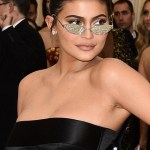 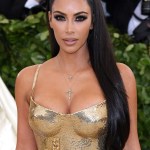 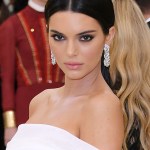 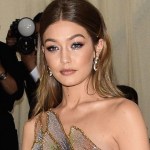 Kylie Jenner and Selena Gomez posed for a sweet snap at the Met Gala, but fans couldn’t resist cheekily comparing them to two classic cartoon characters.

Kylie Jenner, 20, and Selena Gomez, 25, both attended the Met Gala on May 7. And what better way to celebrate the event than posing for a quick snap on the red carpet? But the photo of the reality TV star and the singer has gone viral all for the wrong reasons. Both the ladies were extremely tanned. Kylie earned her bronzed look the old-fashioned way – by sunning herself on her recent tropical vacation in the Turks & Caicos. Selena looked even more tanned and it didn’t go unnoticed by fans on Twitter.

Soon after MTV tweeted the photo of Kylie and Selena, fans flooded Twitter with comparisons to the classic cartoon characters Patrick and SpongeBob. Of course there were memes and snarky comments. One person tweeted the two images side by side, writing: “Remember tannned [sic] Patrick and SpongeBob? Well this is them now, feeling old yet? #metgala.” SEE THE TWEET HERE. Another person tweeted in response, “Selena looking like a whole burnt chicken wing and people saying she ‘snapped.’” Yet another fan wrote, “SpongeBob and Patrick did it better.” Responding to the original photo tweeted by MTV, one fan added, “I see no difference.”

Others blamed Selena’s makeup artist, tweeting, “Does @selenagomez’s makeup artist hate her…?” Another fan agreed, writing, “Selena is naturally stunning but girl who did her makeup… don’t do that to SELENA.

But at least one fan was more forgiving, tweeting that the singer looked “exhausted,” urging her to “go home.” Others just praised both women rather than slamming their appearance. One fan celebrated Kylie and Selena’s looks, writing, “Very beautiful. Both look like angels sent from heaven.”