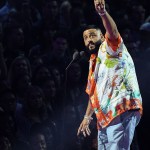 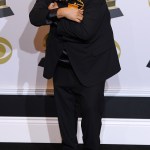 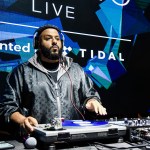 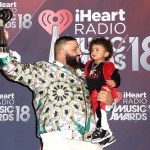 In a shocking, tell-all interview, DJ Khaled revealed why he doesn’t perform oral sex on his wife…and Twitter is BLOWING up with people mocking him for the confession. Watch and see the tweets here!

DJ Khaled held nothing back in a 2014 interview with The Breakfast Club, which went viral once again on May 4, 2018 ! The producer immediately started trending on Twitter after his sit down with the radio station came to light. During the throwback interview, he admitted he doesn’t perform oral sex on his wife, Nicole Tuck. Seriously, you guys, this takes sexism to a WHOLE new level! “I don’t do that. I don’t do that. I don’t,” he told the shocked hosts. They tried to get him to expand further about why, and his reason was totally baffling: He provides for the household, so why should he have to go down on his woman? WTF!? “I put in that work,” he said. “My work is great. I do my thing.”

So, one of the hosts asked a fair question: “If she told you she doesn’t [do that], is that okay?” And he had the nerve to respond, “Nah, it’s not okay. Because, you know what I’m saying…I’m the King. I’m the King of the house.” Later, he added, “There’s different rules for men, you gotta understand. We the King. There’s some things that y’all might not want to do, but it’s gotta get done. I just can’t do what you want me to do.”

Well, aside from the fact that Khaled’s comments are completely ridiculous, they also brought out a LOT of trolls on Twitter, who had hilarious reactions to what he said. “One o my seeesters said ‘Khaled eats EVERYTHING but p***y,” one person wrote. LOL! Another added, “Why would you even want DJ Khaled to eat your p***y? All he’s gonna do is cream WE THE BEST at the labia majora.” LOL!

DJ Khaled is trending after he said he never goes down on his wife because there are "different rules for men."

Wonder how dinner's gonna go in that household. pic.twitter.com/YLsb5qn3as

Many other people also urged Khaled’s wife to leave him if he didn’t change his ways. “So DJ Khaled never gave head or he got money & decided he didn’t have to anymore? Either way my ass is cheating,” someone tweeted. There are plenty more where these came from, all you have to do is search his name on Twitter!