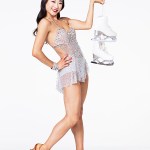 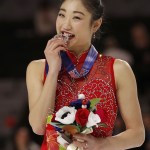 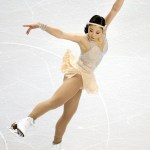 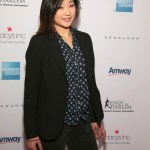 Here’s everything you need to know about bronze medalist, Mirai Nagasu, who is now competing on ‘Dancing with the Stars’!

2.) She was born in Los Angeles, California. Mirai went on to be raised in Arcadia, where her parents owned a Japanese sushi restaurant. They are immigrants from Japan, which allowed Mirai to claim dual citizenship there and in the United States — at least until her 22nd birthday. Due to Japanese, law, Mirai was forced to relinquish her citizenship to Japan by that age.

3.) Mirai began her skating career when she was just five years old. She grew up admiring skaters like Yuna Kim, Michelle Kwan and Mao Asada. The first time Mirai competed professionally was in the 2002-03 season, where she placed fifth at the Southwest Pacific Regional Championships.

4.) Mirai’s skating strength is spinning! According to her Wikipedia page, Mirai is considered a “strong” spinner. She’s flawlessly executed moves like a layback spins and even the coveted triple axle — a move only Tonya Harding has managed to pull off. Wild!

5.) Before figure skating, Mirai was an ice girl! In the 2015-16 hockey season, Mirai worked as an ice girl for the NHL’s Colorado Avalanche team.