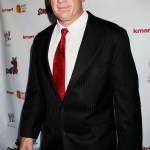 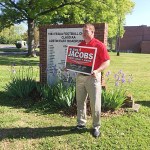 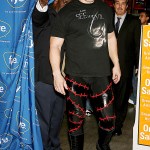 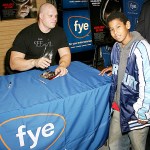 The Big Red Machine just choke slammed the ballot box. Kane won the GOP primary and will now battle to become mayor of Knox County, so get to know all about this WWE Superstar-turned-politician!

1. He (unofficially) won by just 17 votes. Who just conquered the Republican primary in Knox Country, Tennessee? BAH GAWD, KING – IT’S KANE! (That’s a Jim Ross reference for the WWE fans out there.) Yes, “The Devil’s Favorite Demon” aka WWE’s Kane aka Glenn Jacobs, 51, apparently defeated Brad Anders and Bob Thomas on May 1, according to Cageside Seats. However, it’s too soon to fully celebrate. There are still 43 provisional ballots that “may or may not be valid,” according to WATE 6, Knoxville’s ABC affiliate.

Glenn/Kane received 14,633 votes to Anders’ 14,616. There are 17 votes between them, proving that yes, your vote does matter. 38 of the provisional votes had “no record of registration, 4 had no photo ID and 1 voted by paper ballot due to an issue with the electronic system.” The votes will be counted on May 3, and if Kane holds onto his lead, he’ll face Linda Haney in the general election.

2. He’s a 25-plus year veteran of the ring. While the character of Kane debuted at Badd Blood: In Your House on Oct. 5, 1997, Glenn had been wrestling since 1992. After appearances in such companies and the United States Wrestling Association and Smoky Mountain Wrestling, he joined the World Wrestling Federation in 1995 as the character Unabomb. Before adopting the Kane persona, Glenn wrestled as Isaac Yankem, DDS (yes, a wrestling dentist) and as the character often referred to as “Fake Diesel.” These characters, to put it nicely, flopped. It wouldn’t be until he put on a red mask and pretended to be The Undertaker’s brother that Glenn found success within the WWF/WWE.

3. He’s a Libertarian. “The great thing about Libertarianism is it really is the American dream,” he told Fox Business, per Heavy.com. “It’s the ability of everybody to live their life, build their life, according to what they want, so long as you don’t hurt anyone else.” He also criticized the Republican Party in 2016, saying that they need to get back to “its principles” of “individual liberty” and “economic freedom.”

His website emphasizes a focus on “quality of education,” keeping taxes low, improving roads and infrastructure, and limited government. If he is certified as the winner of the GOP primary, he’s the favored to win the general election in November, meaning he’ll have a chance at implementing these ideals.

Thanks to everyone who helped win this historic victory!! The people who cast a ballot for me, my great team, my wonderful volunteers. Looking forward to VICTORY in the general election!

Enjoyed spending some time with the great folks at Northshore Elementary that are here Voting!#TogetherWeWin pic.twitter.com/IITNQ0eTap

4. He’s a devoted husband, father and grandfather. Yeah! Kane has grandkids! Since 1995, he has been married to Crystal Goins. “My daughters, Devan and Arista, are the pride of my life,” he says on his website, noting that Devan is studying to be a Physician’s Assistant while Arista is working on her MBA. He also has two grand kids – a granddaughter and a grandson.

He’s been set on fire, buried people alive and once electrocuted Shane McMahon’s testicles. The world of sports entertainment is weird. During the last two decades with the WWE, the character of Kane has done and experienced some bizarre things. He was set on fire in an Inferno Match, losing one of his many bouts with his “brother,” The Undertaker. He has helped bury the Deadman alive in three different Buried Alive matches. He “forced” a “pregnant” Lita to almost marry him. Oh, and there was a time in September 2003 that Kane attacked Shane McMahon and nearly hooked a car battery to Shane’s junk. This is just scratching the surface of everything that Kane has done and it might come up in the coming months ahead of the general election.