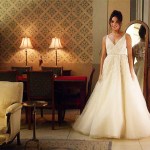 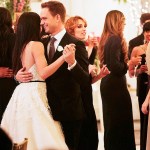 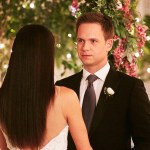 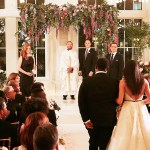 Meghan Markle’s sister has jumped into the family spat and is defending the actress after their brother slammed her in a brutal open letter.

Uh-oh. It’s a Markle family mess. On May 2, Thomas Markle Jr., 51, dissed Meghan Markle, 36, in a scathing open letter to Prince Harry, telling the 33-year-old that it’s not “too late” to cancel their May 19 wedding. Now the Suits star’s sister Samantha Markle, 53, is leaping to her defense by slamming their mutual half sibling. It’s a stunning turnaround given that Samantha regularly blasts Meghan, 36, in the press and has done so ever since news broke in November 2016 that the actress was dating the prince. The Florida-based former model tweeted a response to a Daily Mail article about the letter, which was originally published by InTouch. She wrote, “Give her a chance! I’ve always been vocal about the things I admire about her and the public has taking [sic] this too far. My brother needs to stop the alcoholism and lies.”

Yes, but as Meghan’s fans know, Samantha has also been very vocal about the things she doesn’t like about her sister. In fact, in his open letter Thomas criticized the actress, claiming that their father Thomas Markle Sr. filed bankruptcy after racking up debt that mounted after he allegedly tried to help Meghan break into Hollywood. Guess what? Samantha said something remarkably similar during a recent interview. “Honestly…what she could spend in a weekend could greatly help Dad,” she told Australian TV show, A Current Affair, according to The New Daily. Samantha also added, “If you can afford $75,000 for a dress, you can afford $75,000 to help your dad.”

And let’s not forget that she publicly reached out to Prince Harry too after she didn’t receive an invitation to the wedding. On April 18 she tweeted (to a fake account, by the way), telling her future brother-in-law that, “It’s time to ‘man up.’”

She added, “‘Shout outs’ about humanitarianism, don’t work when you are allowing Meg to ignore the Markles. It is [a] contradiction. Someone must point out that the ‘Emperor is not wearing any clothes.’” Let’s see which Markle jumps into this very public family argument next…