Erika Henningsen can’t help that her eyes start to water as she talks about the first time she rehearsed her final, empowering Spring Fling speech in Tina Fey‘s Mean Girls musical. “It’ll stick out in my mind forever,” she tells me, not concerned that her eyes are filling with tears. “It was the last piece that fell into place. Tina kept saying, ‘I’m working on it, I’m working on it,’ and one day she sat me down, it was maybe our second to last day of rehearsals and she said, ‘What do you think she [Cady Heron] would say?’ And so I told her something, and she came back with that speech that I now give,” Erika explains. “When I finally got up there to give it, the first time I said those words out loud, that was the first time the cast was hearing it. It was just special, because it’s so rare to look your entire cast in the eye and tell them how great they are, and to truly mean it. They were like that’s our show, that’s the final thing that needed to fall into place and they felt it, and seeing them react to it…” Erika nods and welcomes her emotions, “I know, I get so emotional, and seeing their response to it, it was so special.”

Every night, and sometimes twice a day, Erika takes the August Wilson Theater stage as Cady Heron, a teenager going through some of the hardest years of her life — AKA, high school — with a desperate wish to fit in. The story isn’t much different from the haunting high school experience so many of us endured, but Cady’s concluding speech is one we all would have been lucky to internalize back in those days. “We think we have to change ourselves to be good enough, but looking at you guys, I wish you could see it, you’re awesome,” Erika, as Cady, tells her cast at the North Shore Spring Fling in the final scene in the Tony nominated show. 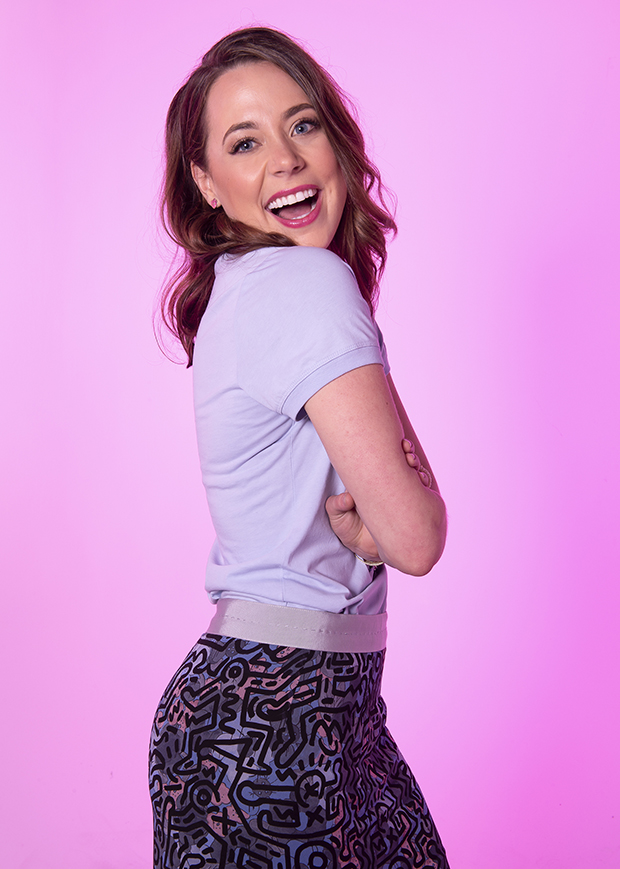 Mean Girls nabbed a whopping 12 Tony nominations, including Best Musical and Best Direction by Casey Nicholaw, and it’s incredibly deserved. The cast will be performing at the Tony Awards on June 10, hosted by Josh Groban and Sara Bareilles! Make sure to tune in! And, watch our full video interview with Erika, above!