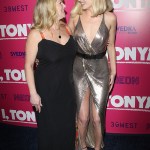 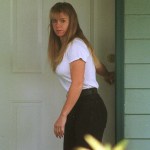 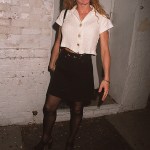 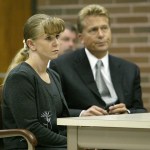 Tonya Harding and Nancy Kerrigan are not competing on ‘DWTS’ at the same time. But we’ve EXCLUSIVELY learned that the rivalry between them is still going strong!

Does the rivalry between Tonya Harding, 47, and Nancy Kerrigan, 48, still exist? A source close to Dancing With the Stars and Tonya has EXCLUSIVELY answered that question for HollywoodLife. As the first Dancing With the Stars: All Athletes edition kicks off on ABC on April 30 an insider claims that the woman who was once considered the bad girl of ice skating wants to do better than Nancy did on the show. So it seems that, nearly 25 years after their rivalry resulted in two goons hitting Nancy in the knee to improve Tonya’s Olympic chances, the competition between them is still going strong.

As fans of the DWTS will know, Nancy competed on season 24 of the show in 2017. But the former Olympic figure skater was booted off in Week 7. In fact, according to NBC Sports, that was the “earliest elimination for a figure skater in series history.” Now it seems that Tonya wants to beat Nancy once and for all, going all the way in the competition and winning the whole thing. Our source says, “The reason Tonya wanted to do the show is because she feels she is no longer a joke and has been a bit vindicated from what people saw from the I, Tonya film. Plus she is going on the show to actually win. She is still very competitive plus she knows people are going to compare her journey to Nancy’s and she wants to blow her out of the water and do better than Nancy ever did.”

Long before season 26 started, show insiders revealed they thought Tonya would do well. In fact, dance pro Emma Slater, 29, revealed on the day the cast was announced on April 13 that she thought Tonya is the one to watch. The former figure skater is paired up with Emma’s husband and fellow dance pro Sasha Farber, 33. The Brit said, “I think they’re going to be phenomenal and I think people are going to be shocked. Sasha’s going to be outstanding and so is Tonya.”