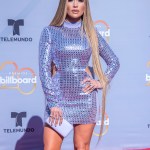 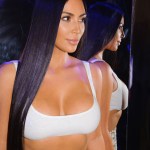 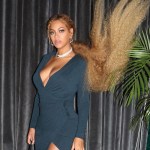 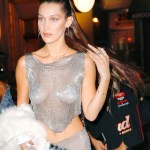 As Jennifer Lopez proved at the 2018 Latin Billboard Music Awards, the Rapunzel look is always in. She is just one of many stars who can rock very long hair and look amazing doing it.

Rapunzel, Rapunzel, let down your hair. We all remember that classic fairytale. But who says you have to wait years to grow your hair that long to get the Rapunzel look? At the 2018 Latin Billboard Music Awards on April 26, Jennifer Lopez, 48, showed that all you need are insanely long hair extensions to rock that look. Jenny from the block looked red hot in blonde hair that was longer than her metallic mini dress. Yes, those extensions went way past her bum and almost hit her knees.

But J.Lo is not the first celebrity to rock the Rapunzel look – and she won’t be the last. Kim Kardashian, 37, is fan of super long extensions and flaunted the style on numerous occasions. When she does it, the reality TV star usually goes for bone straight hair with a middle parting, to mirror her style idol Cher. (We’re talking 1970s Cher, not the “If I Could Turn Back Time,” 1980s, bubble perm Cher!) Beyonce, 36, is no stranger to the look either. In November 2017 she got the Bey Hive buzzing by flaunting a wavy blonde, knee-skimming low ponytail. She posted a series of photos of herself swaying that ponytail on Instagram. And who could forget her “Formation” video from February 2016, which saw Bey slay all day in extremely long, blonde micro braids?

It seems that Bey, Kim and J.Lo are on to something. If you want to switch up your look, extensions are the way to go. Nicki Minaj, 35, wowed the red carpet at the Daily Front Row’s 3rdAnnual Fashion Los Angeles in April 2017, with ebony hair that touched her mid-calves. Blac Chyna, 29, and Ariana Grande, 24, also got the memo that it’s a go-to way to refresh your look. As for supermodel Naomi Campbell, 47, and pop icon Janet Jackson, 51, well, they’ve been doing it for years. Check out the other celebs who’ve rocked the look.