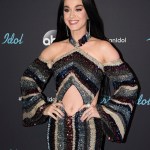 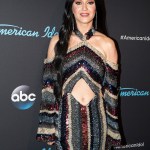 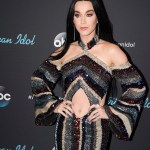 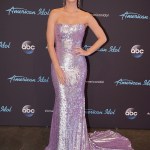 Truly magical! Katy Perry became Snow White for ‘American Idol’s Disney night and we are blown away! Check out her costume here!

Let’s face it, Katy Perry was born to be a Disney princess! So it’s only fitting that she take on Snow White for American Idol‘s beloved Disney night! Prior to filming, a video surfaced of the pop songstress traipsing across the parking lot to the sound stage in her breathtaking outfit. For the episode, she rocked a black wig of tight little curls under a red band. Her sleeves are the iconic blue-and-red design and her skirt is shimmering gold. Love it!

Katy’s Idol outfits have definitely been one of the highlights of the season thus far, you know, besides all the insanely talented singers belting out amazing tracks. Speaking of, we should mention that this Disney night has already been a success with Ada Vox delivering a rousing performance of “Circle of Life” from Lion King. And Cade Foehner treating fans to a rendition of “Kiss the Girl” from The Little Mermaid. Absolute classics!

When asked by host Ryan Seacrest if Cade had anyone in mind when singing that romantic track he got coy! “Possibly,” he responded, clearly embarrassed. When asked who it is, he answered that it’s someone waiting backstage. That’s when the cameras found fellow contestant Gabby Barrett in the lounge! As we previously reported, these 2 have slyly struck up a romance on the show!

“Throughout the entire 2 plus hours at the after party they tried and tried and tried not to hold hands but they couldn’t help it and held hands and kept rubbing each others elbows in a very romantic way,” an eyewitness told HollywoodLife.com EXCLUSIVELY earlier this month. “They kept staring at each other like high school sweethearts and any time they would take a group pic with others at the party they’d always try to be next to each other to make sure they could touch each other.” Awww!