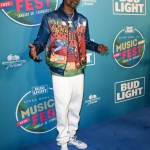 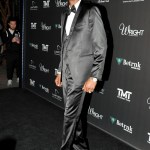 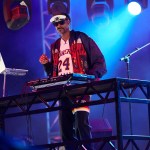 Snoop Dogg is not scared of the wrath of Kanye West after appearing to call out wife Kim Kardashian as the root of all of his issues. We’ve got the EXCLUSIVE details.

Snoop Dogg seemed to taunt Kanye West that his wife Kim Kardashian is to blame for his current strange place in life. Ye has been alienating fans and friends alike by supporting Donald Trump and going on random bizarre Twitter sprees. Snoop appeared to diss the reality TV queen in an Apr. 27 Instagram post, writing “The evolution of Jay-Z and Kanye show you how influential your wife can be to your life,” and yes, it was a slap at Kim. “Snoop clearly was calling out Kim and Kanye with his wife comments and he is not scared one bit if Kanye drops a verse on him to get back at Snoop,” a source close to the weed loving rapper tells HollywoodLife.com EXCLUSIVELY.

“And if Kim bashes him as well or claps back he will probably just laugh it off. He’s not scared of them at all,” our insider adds. Snoop and Yeezy were once close, even collaborating together in 2011 before Kanye and Kim got together. His IG post certainly hinted that JAY-Z has risen to the top of his mega-successful music mogul empire thanks to the support of his superstar wife Beyonce. While Kanye instead is getting in beefs with DJ’s, releasing music rapping about poop, and alienating his friends, fans and fellow artists with his pro-Trump rants.

Snoop also thanked his wife of 21 years Shantae Broadus for keeping him in check and not letting him turn into a train wreck. He captioned the Kim diss, “Thank u @bosslady_ent. Love u for being my rock and keeping me straight.” So far neither Kim or Kanye has publicly responded to Snoop’s provocative message about them. And he’s lucky because Kanye has publicly turned on many friends who have reached out to him, even releasing private texts from pal John Legend. The 39-year-old desperately tried to reason with Kanye about his Trump support in the most mindful and thoughtful ways, and instead Yeezy went and posted their private convo to his Twitter and accused John of  trying to “manipulate my free thought.” Yikes!